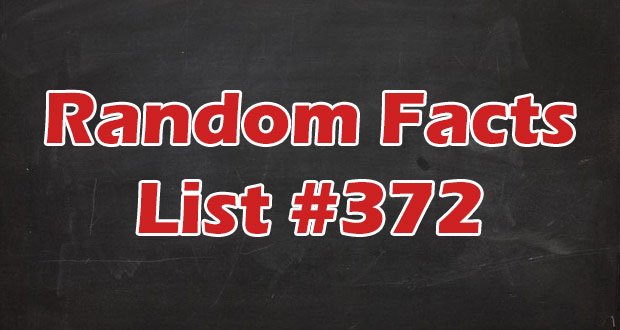 17. In 1965, a four-year-old nearly drowned at a beach but was rescued by a woman named Alice Blaise. 9-years later, that boy saved a man at the same beach. That man was Alice’s husband. – Source

18. Bea Arthur from the TV Show “Golden Girls” was a Marine truck driver in WWII serving in Marine Corps and Navy air stations in Virginia and North Carolina reaching the rank of Staff Sergeant. – Source

19. In ancient Ireland, sucking a king’s nipples was a gesture of submission. Failed kings would have their nipples brutally cut to dethrone them and make them incapable of holding kingship. – Source

20. In 2001, drug kingpin El Chapo escaped from prison in a dirty laundry basket. After bribing multiple guards, he was wheeled out of prison hidden inside it. The escape allegedly cost him over $2.5 m. Over 70 guards were implicated including the warden, who’s now in prison for the part he played. – Source

21. The slow-motion footage of the forest chase scene in Sherlock Holmes: A Game of Shadows was produced by one of the Slow Mo Guys. – Source

22. When Dungeons & Dragons was released, various groups believed it was a front for murderous Satanists. This lead to Tom Hanks’ first starring role in the TV propaganda movie Mazes and Monsters, in which he becomes his D&D character and stabs a hobo in Manhattan because he thought it was a goblin. – Source

23. Miners found a dinosaur so perfectly preserved that it still has a 3D shape and “might [as well] have been walking around a couple of weeks ago.” – Source

April 25, 2018
Latest Posts
Subscribe to Blog via Email
Did you know?
Loading...
Facts of the Day
Registration is disabled.