1. The official divorce complaint of Mary Louise Bell, wife of world-famous physicist Richard Feynman, was that “He begins working calculus problems in his head as soon as he awakens. He did calculus while driving in his car while sitting in the living room, and while lying in bed at night.” – Source

3. A French astronomer named Guillaume Le Gentil spent 8 years of his life on a quest to observe the transit of Venus, during which he was declared legally dead and his wife remarried, only for the sky to end up being cloudy on the day of the transit. – Source

4. In 2005, the word “Mate” was banned in the Australian Federal Parliament. The ban was revoked within 24 hours. – Source 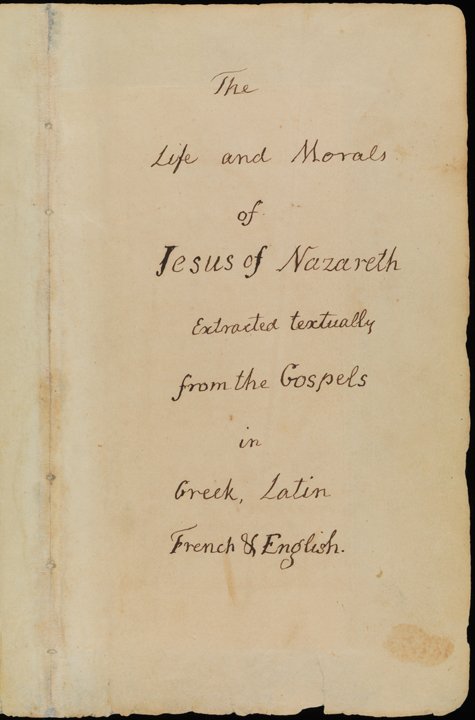 6. Thomas Jefferson created his own version of the Bible, using a razor to cut out the “supernatural” parts, such as the miracles and the resurrection. Today, new members of Congress receive a copy upon election. – Source

7. Ignosticism or igtheism is the idea that the question of the existence of God is meaningless because the term god has no coherent and unambiguous definition and/or that every other theological position assumes too much about the concept of god and many other theological concepts. – Source

8. Radiosynthesis is a process like photosynthesis that uses the pigment melanin to convert gamma radiation into chemical energy for growth. Radiotrophic fungi were discovered in 1991 in and around Chernobyl Nuclear Power Plant. – Source

9. Blue fireworks are the Holy Grail of the pyrotechnic world because the chemistry needs to be absolutely perfect to produce them. – Source

11. There existed a tree swastika in a German forest that went unnoticed for nearly 60 years. – Source

12. New Zealand’s first tank (the Bob Semple tank) was built from a tractor, sheet metal, and 6 machine guns. When ridiculed for the design Bob Semple said: “I don’t see anyone else coming up with any better ideas.” – Source

13. The Great Whiskey Fire of Dublin killed 13 people in 1875. None perished as a result of smoke inhalation or burns. All victims died of alcohol poisoning by drinking the whiskey flowing through the streets. – Source

14. Two trapped miners once asked for an iPod with The Foo Fighters music on it to keep their spirits up. After hearing this, Dave Grohl wrote a note saying “I want you to know that when you come home, there are two tickets to any Foos show, anywhere, and two cold beers waiting for you”. – Source

15. A man who survived a jump from the Golden Gate Bridge but broke his back on impact was saved from drowning by a sea lion who kept him afloat until rescuers could reach him. – Source