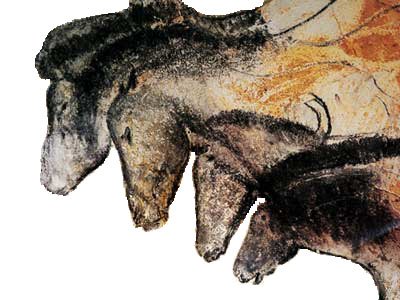 1. A set of footprints of a young child and a wolf or dog walking side by side was found in the Chauvet Cave in France. This information suggests the origin of the human-dog companionship could date to before the last Ice Age. – Source

2. A British teenager flew from Essex to Sheffield via Berlin instead of taking the train, because the 1017 mile flight was cheaper than the train ride. – Source

3. Jack was a baboon purchased by a railway signalman who lost his legs in an accident. The Baboon began to operate the railway and was eventually given a job and salary. In 9 years of employment, he never made a mistake. – Source

4. Dry counties (counties where the sale of alcohol is banned) have a drunk driving fatality rate ~3.6 times higher than wet counties. – Source

5. 700,000-year-old stone tools were found in the Philippines despite the fact that known humans didn’t arrive until 600,000 years later. Researches aren’t sure how humans got there or what early hominid could have even made them. – Source 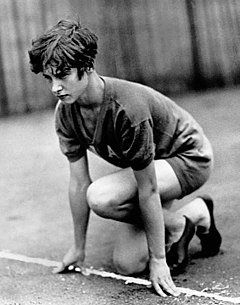 6. Betty Robinson, who won the first Olympic 100m for women in 1928 at just 16, was later involved in a plane crash. A man who discovered her wrongly thought she was dead and drove her to an undertaker. She awoke from her coma 7 months later, before returning to win a relay gold in 1936. – Source

7. Mick Jagger’s youngest son is younger than his great-grandchild. – Source

8. Claudette Colvin, a 15-year-old African American girl from Montgomery, AL who was arrested in 1955 after she refused to give up her seat on a bus to a white woman, telling the bus driver, “It’s my constitutional right to sit here.” She did this 9 months prior to Rosa Parks’ famous protest. – Source

9. Sybil Ludington was a 16-year-old revolutionary who rode twice the distance Paul Revere did in 1777 to warn people of a British invasion. She navigated 40 miles of rainy terrain at night while avoiding British loyalists and ended up completing her mission before dawn the next day. – Source

10. There is a popsicle that doesn’t melt. After the 2011 tsunami, scientists helping strawberry farmers in Japan salvage damaged crops accidentally discovered that liquid polyphenol extracted from the berries caused the cream to solidify. This lead to Kanazawa Ice pops, which can stay frozen up to an hour. – Source

11. Great White Sharks are rarely seen in captivity because they will usually stop eating and exhibit depressive behavior upon capture. – Source

12. The term “Napoleon Dynamite Problem” is used to describe the phenomenon where “quirky” films such as Napoleon Dynamite, Lost in Translation and I Heart Huckabees prove difficult for researchers to create algorithms able to predict whether or not a viewer will like a certain film. – Source

13. A son posthumously inducted his father into the Baseball Hall of Fame by leaving a photo of him underneath a display at the museum. 6-years-later it was found by a staff member. After identifying the man in the photo the museum framed the photo and is now on display near where it was found. – Source

14. While living on islands without many predators, humans and other animals become significantly smaller within 2000-3000 years in a process called “Island Dwarfism,” while small animals like rats become bigger. – Source

15. Robin Hood was called to be removed from Indiana textbooks for being communist. – Source