1. After Chamillionaire won a Grammy for “Ridin’”, he approached “Weird Al” Yankovic on the red carpet, thanked him for the “White and Nerdy” parody and told him “I think your parody is a big reason why I won this Grammy, because you made it undeniable that my song was the rap song of the year.” – Source

2. All ships visiting the ancient city of Alexandria were obliged to surrender their books for immediate copying. The owners received a copy and the originals were placed in the Library of Alexandria. – Source

3. In 2003, after Kenneth Maxwell called 911 to report a fire he saw while driving home, his voice cut off, and when emergency personnel arrived on the scene he was found shot to death in his car. The fire was set to disguise a double homicide, and the killer saw Kenneth make the call. – Source

4. 20th Century Fox, convinced that Star Wars was going to flop, agreed to George Lucas’s proposition to forgo an additional $500K directing fee in return to keep licensing and merchandising rights for himself. This decision cost Fox billions and made George Lucas a Billionaire. – Source

5. The most expensive school in the world is the Institut Le Rosey in Switzerland. It costs $87,000 in tuition fees. The school has 400 students enrolled with 150 teachers. – Source 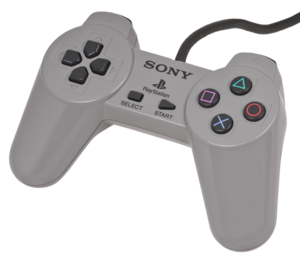 6. The North American PlayStation 1 controller is about 10% larger than the Japanese version, due to a majority of North Americans having larger hands than the average Japanese person. – Source

8. Every Christmas in Lexington, Kentucky, you can pay off your tickets with canned food donations. – Source

10. France granted the U.S. permanent, rent-free possession of the American cemetery in Normandy, which contains the remains of 9,387 fallen troops plus a memorial to 1,557 killed there whose remains were either not found or not identified. – Source

11. “The” was originally written as “þe” in old English. It was eventually abbreviated to “þͤ”. Since “þ” looked similar to “y” in old English blackletter script, they were both mixed up. So, in old English, “Ye olde” was simply pronounced “The olde.” – Source

13. In 1667, the Dutch were given the rich, nutmeg-producing island of Run in the Pacific by the British. In return, the British were given a swampy backwater island: Manhatten. – Source

14. Trapped behind enemy lines during the Korean War Chester Puller Stated, “We’ve been looking for the enemy for several days now. We’ve finally found them. We’re surrounded. That simplifies our problem of finding these people and killing them.” He and his men survived. – Source

15. General Ulysses S. Grant was once so offended by the mistreatment of a team of horses that he had the perpetrator tied to a tree for six hours. – Source