1. The movie “Paranormal Activity” had a budget of only $15,000 but made $194 million. During the screening, people were walking out that one studio executive thought the film was bombing. They later learned that the viewers were actually leaving because they were too frightened. – Source

2. There is a monument in Georgia which gives instructions in 8 languages on how to rebuild society after an unknown apocalyptic event, whilst also functioning as a compass, calendar, and clock. – Source

3. Calvin Klein’s cologne “Obsession” can draw big cats like Tigers, Jaguars etc from as far as half a mile, who then proceed to take long sniffs and cuddling against the source, savouring the smell much longer than they savour even their meals. – Source

4. Lynlee is the baby that was born twice. Pediatric surgeons, removed her from the womb to cut out a tumor on her spine, placed her back and several weeks later Lynlee was born healthy. – Source

5. In 1897, 3 Swedes attempted to be the first people to reach the North Pole. They traveled by hot air balloon but crashed after 65 hours. 33 years later, a ship discovered their camp, along with their dead bodies, journal, and camera. They’d survived for weeks by killing and eating polar bears. – Source

6. L. Ron. Hubbard’s own son, L. Ron Hubbard Jr. was highly critical of Scientology and claimed black magic was the inner core of Scientology once stating, “my father did not worship Satan. He thought he was Satan.” – Source

7. The Old Testament says farmers should leave the edges of their fields unharvested for the poor and traveling foreigners to eat. – Source

8. After South Park aired the episode Chef Aid, the term “Chewbacca Defense” entered the legal lexicon. The legal strategy aims to deliberately confuse juries than refute cases. The practice was widely used by lawyers before the episode, but South Park gave it a term. – Source

9. “Steve Jobs” is the name of an Italian clothing company created in 2012 when the creators realized that Apple never trademarked Jobs’ name. – Source

10. After Jean-Claude Van Damme’s biggest movie hit (Timecop 1994), he was offered a 3 picture deal at $12M per picture. He turned it down and demanded he gets the same deal as Jim Carrey $20M per movie. He was rejected and his career never recovered. He later admitted he “acted like an idiot.” – Source 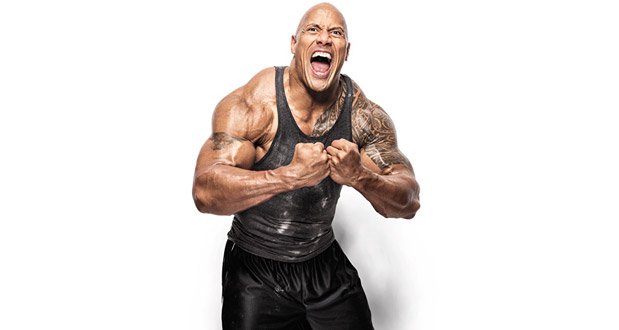 11. The Rock travels with a private gym of over 40,000 lbs. of equipment that over 100 crew members assemble at each film location. – Source

12. Devin Gaines earned 5 bachelor degrees with honors simultaneously at the University of Connecticut, averaging 24 credits a semester and 3 hours of sleep a night. He drowned in 2007 because he didn’t know how to swim. – Source

13. The term and concept of “jay-walking” was introduced in the 1920’s by the auto industry as part of a propaganda campaign to claim the roads for cars and shift the blame in accidents from cars to pedestrians. At the time “Jay” was a slur with a similar meaning to “redneck” or “hillbilly.” – Source

15. At the request of President Truman, Coca-Cola made a special clear version of Coke for Soviet Marshal Georgy Zhukov, so he could pretend he was drinking vodka rather than an American drink. – Source