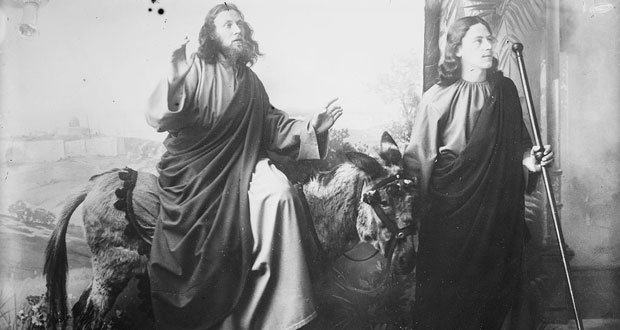 16. Oberammergau is a German village that vowed to put on a passion play every ten years if they were spared from bubonic plague. They were, and have put on this play since the 1600s, with the next being in 2020. – Source

19. The U.S. government had a secret military operation called Project Eldest Son during the Vietnam War. It involved leaving behind thousands of rounds of faulty ammo that would backfire in Vietcong AKs while also leaking fake docs that questioned quality control in Chinese munitions factories. – Source

20. Color Blind people can see the differences in texture and brightness more intensely than normal people and were even used in WWII to spot camouflage. – Source

21. The USS Niagara was intentionally sunk in 1820 for preservation, and raised 93 years later for restoration. – Source

22. Vanna White, the letter presser lady on Wheel of Fortune makes 8 million a year. Her net worth is 140 million. – Source

24. In Delaware a small building is the legal address for over 300,000 companies. – Source

25. Mr. Wizard’s science television program running from 1951 to 1965 was so influential in inspiring people to pursue science careers, ~50% of all applicants to Rockefeller University throughout the 1960s-1970s in New York cited him when they were asked how they first became interested in science. – Source