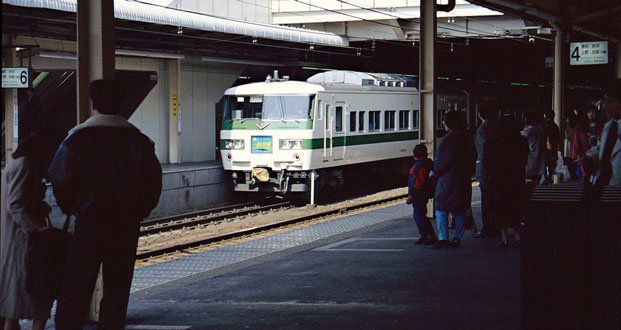 1. A Japanese rail company has apologized after a train left a station 25 seconds early. The operator said, “the great inconvenience we placed upon our customers was truly inexcusable”. – Source

2. Mary Shelley, the author of Frankenstein, lost her virginity at a cemetery where she would secretly meet her future husband. After Shelley died, her family searched for her desk and they found a copy of a poem written by her deceased husband, along with some of his ashes and the remains of his heart. – Source

3. Rubbing your eyes increases the pressure within the eyeball and this pressure activates ganglion cells in the retina in the same way as light does. Your brain doesn’t know the difference and so interprets the activation as though you were seeing light from the world outside. – Source

4. Cassius Marcellus Clay was a farmer, politician, and abolitionist from Kentucky. After being shot in an assassination attempt, Clay killed his would-be assassin with a Bowie knife. Clay would later successfully fight off six attackers at once following a speech for the abolition of slavery. – Source

5. American singer Kesha got a near-perfect score on her SATs and was accepted to Barnard College at Columbia University, but instead chose to drop out before graduation to pursue her music career. – Source

6. Housewarming parties were literally thrown for people to bring wood and warm houses when moving in. – Source

7. War pigs were used by the Romans because their squeals scared the war elephants into fleeing and trampling their own armies. – Source

8. John Goodenough invented the lithium-ion battery and never received a penny for his invention nor a Nobel prize. – Source

9.  Zoroastrian funerals involve a ritual called sagdid (dog-sight). A dog was brought in before the body. If the dog stares steadily at the body, the person is still alive. If it doesn’t look at the body, death is confirmed. This was useful in ensuring that a coma was not being mistaken for death. – Source

11. The Collyer brothers, Homer and Langley, filled their house with over 100 tons of random objects. Langley constructed a maze of tunnels, complete with deadly booby traps, to protect his brother, who never left his room. Langley was killed by his own traps, and Homer starved to death. – Source

12. Kenan Thompson refused to dress in drag on “Saturday Night Live” until the show hired a black woman. – Source

13. Josef Stalin was highly suspicious of doctors and had many Kremlin doctors arrested and tortured. So few doctors were available that after Stalin suffered a stroke, one imprisoned doctor claimed he was mid-interrogation when his captors suddenly started asking for medical advice instead. – Source