1. An actor in Nazi Germany lost his job for being Jewish. He went to the Alps, grew a beard, and dyed all his hair by bathing in diluted hydrogen. He returned to the stage claiming to be a self-taught peasant actor and was praised by the Nazis as “proof of the superiority of Aryan blood.” – Source

2. The term “Agnostic” was coined in 1869 by T.H. Huxley, and not as a description, but as a creed: “to follow reason as far as it can take you, but then, when you have established as much as you can, frankly and honestly to recognize the limits of your knowledge.” – Source

3. In 1998, Disney helped create a copyright law that made sure no movies from 1923 became free to watch and distribute for 20 more years. This copyright law expires on January 1, 2019. – Source

4. A retired man robbed a bank and wait for police, using a note saying he’d rather be in jail than with his wife. He was sentenced to home confinement. – Source

5. Christoper Robin, the kid with teddy bear inspired the Winnie the Pooh stories, was credited with killing 28 Wehrmacht soldiers in the Battle of the Bulge. – Source

6. Comedian Jon Stewart, who met his wife Tracey on a blind date set up by a producer on the film “Wishful Thinking”, proposed to her through a personalized crossword puzzle created with the help of Will Shortz, the crossword editor at The New York Times. – Source

7. Most of the actors that auditioned for the role of Al Bundy on the sitcom Married with Children played him as angry and yelling. Ed O’Neil was the only one that portrayed him as a resigned loser. – Source

8. A man blew a small hole in his throat by holding his nose & closing his mouth while sneezing. He was in the hospital for 2 weeks. Doctors suggest you should always let a sneeze rip. – Source

9. The world record for the loudest thing ever shouted belongs to an Irish teacher who shouted the word “quiet” at 121 decibels, the equivalent of a jet engine. – Source

10. Marines called live customer support for their Barrett M-107 rifle while engaged in a firefight. – Source 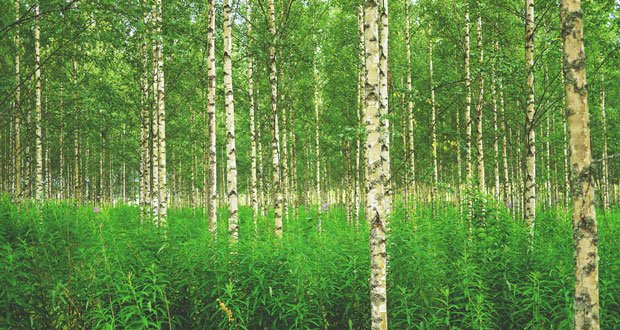 11. Finland has ten trees for every person in the world. – Source

12. Even the Ku Klux Klan classifies the Westboro Baptist Church as a hate group; the KKK was one of the main counter-protesters against the Church’s anti-Memorial Day protests at the Arlington Cemetery, Virginia. – Source

13. Johnny Depp, Jude Law, and Colin Farrell donated their wages for “The Imaginarium of Doctor Parnassus” to Heath Ledger’s daughter after he passed away during filming and they filled his role. – Source

14. Afghanistan is believed to have only one Jewish citizen left. His name is Zablon Simintov and he refuses to leave. The country once housed a community of 40,000 Jews which dwindled down to just him. His main job is caring for Kabul’s last remaining synagogue which he is the only member. – Source

15. Vaclav Bozdech, a soldier in WWII, found a puppy while on the run and planned to kill it so its barking would not alert the Germans. Unable to bring himself to do so, he took it with him, and the dog later helped find survivors of an air raid and saved Bozdech’s life during the Cold War.- Source