16. Before committing suicide with gas, composer Peter Warlock locked his cat outside so that it wouldn’t die with him. – Source

17. The island of Ni‘ihau in Hawaii was privately purchased for $10,000 in 1864 and has been passed down within the family. Instead of profiting off of the resources, the owners keep the island secluded and protected. The island has a population of over 150 natives. – Source

18. Bloodhounds (a.k.a. nose with a dog attached), have 230 million olfactory cells, 40 times that of humans. Because of their sense of smell, their evidence is admissible in the court of law. Bloodhound, Nick Carter, led to the capture and conviction of more than 600 criminals throughout his life. – Source

20. Humphrey Bogart stood up for Lena Horne when her Hollywood neighbors tried to kick her out because she was black: “if anyone bothers you, please let me know.” – Source 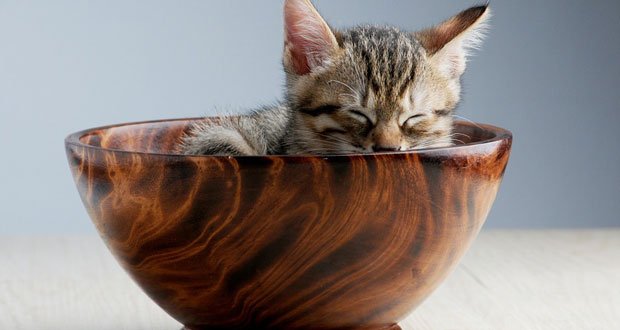 21. Because of their tendency to take the form of whatever container they’re in, a study was conducted over whether cats should be classified as liquids or solids. It later won the Ig Noble Prize. – Source

22. During the 2009 MTV Movie Awards, Sacha Baron Cohen, who wore a jockstrap and wings as Bruno, crash-landed on Eminem’s lap, buttocks aloft. Eminem, who left the ceremony in disgust, returned to his hotel room and laughed for 3 hours. He later revealed that it was mutually staged. – Source

23. After China made a ripoff of American cartoon “The Amazing World of Gumball”, the “Gumball” creators added the ripoff characters to the show as a group of money-grubbing copycats. – Source

24. Over a million people live in underground nuclear bunkers beneath the streets of Beijing. – Source

25. Freddie Mercury of Queen held a party in New Orleans in 1978, which featured nude waiters and waitresses, a man biting heads off live chickens, naked models wrestling in a liver pit, and dwarves walking around with trays of cocaine strapped to their heads. – Source