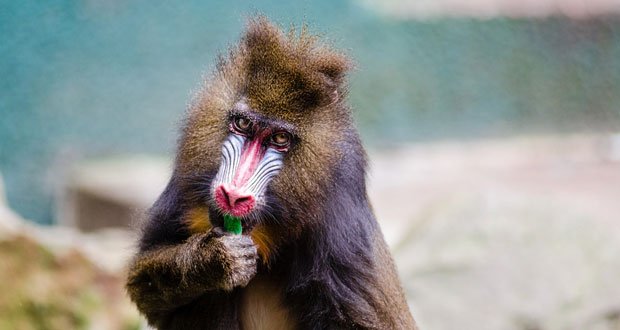 1. If a beta male mandrill wins a fight, it physically morphs into an alpha male over time, gaining facial coloration, bigger testicles, and the ability to breed. – Source

2. Syndrome K was a fake disease that Italian doctors made up to save Jews who had fled to their hospital seeking protection from the Nazis. Syndrome K “patients” were quarantined and the Nazis were told that it was a deadly, disfiguring, and highly contagious illness. They saved at least 20 lives. – Source

3. The term “Agnostic” was coined in 1869 by T.H. Huxley, and not as a description, but as a creed: “to follow reason as far as it can take you, but then, when you have established as much as you can, frankly and honestly to recognize the limits of your knowledge.” – Source

4. In 2011, it was discovered that a 25-year-old German woman who works for an online furniture company is a direct descendant of Queen Victoria and could have been Queen of England if it wasn’t for a technicality that has now been fixed. – Source

5. Stan Lee proposed to his wife of 69 years after two weeks of dating. She was already married and filed for a quick divorce in Nevada an hour before being married to Stan. The judge who granted the divorce was the same one who performed the marriage ceremony. – Source

6. During a charitable auction in Kiev, Ukraine, Wladimir Klitschko auctioned off his 1996 Olympic gold medal to a buyer who bid $1 million. After the sale, the buyer immediately returned the medal out of respect for Klitschko. – Source

8. The first woman to run for President of the United States was Victoria Woodhull in 1872, 50 years before women could vote. She had Frederick Douglass as her running mate and spent election day in jail due to being arrested for obscenity. – Source

9. In 2014, original “Top Model” winner Adrianne Curry fended off an attacker with a bullwhip while dressed as Catwoman at San Diego Comic-Con. – Source

10. In 1997, when the Methuen Mall closed, Applebee’s refused to leave. For two years the mall was completely empty, save for the single Applebee’s. The mall was demolished around the Applebee’s, leaving the restaurant alone on a 60-acre lot until a lengthy legal battle forced them to leave. – Source

11. The founders of the Aztec Empire were one of the first people in the world to have mandatory education for nearly all children. There were two types of schools: the telpochcalli, for practical and military studies, and the calmecac, for studies in writing, astronomy, statesmanship, theology etc. – Source

12. 75 percent of the world’s food is generated from only 12 plants and five animal species. – Source

13. In 1974, Jimmy Carter gave an alumni speech at the University of Georgia Law School. Instead of honoring the alumni, he delivered a speech attacking the injustice in the judicial system so mercilessly that Hunter S. Thompson later named him as one of the three meanest people on Earth. – Source

14. In 1935, the Nazis held a competition in which baby pictures were sent in and the “most beautiful Aryan baby” was chosen by Joseph Goebbels. The baby they picked and used in propaganda for years was actually Jewish; the photo had been sent in to make the Nazi party look ridiculous. – Source

15. Piggly Wiggly was the first true self-service grocery store. Before their founding on September 6, 1916, grocery stores did not allow their customers to gather their own goods. Instead, a customer would give a list of items to a clerk, who would then go through the store, gathering them. – Source