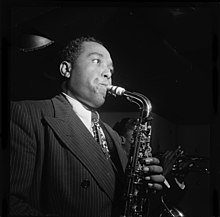 1. Legendary saxophonist Charlie Parker’s heroin and alcohol addictions were so severe, that after his death at 34 years of age, the coroner mistakenly estimated him to be between 50 and 60 years old. – Source

2. Frank Zappa was a futurist who was enthusiastic for the possibility of holographic imagery. So much so that he recorded footage of himself in the early 70s with the intention to be used when technology got to that point. A Frank Zappa holographic tour using that footage starts next year. – Source

3. In 1719, prisoners in Paris were offered freedom at the condition they would marry a prostitute and move to Louisiana. – Source

4. The FBI followed Einstein, compiling a 1,400pg file, after branding him as a communist because he joined an anti-lynching civil rights group. – Source

6. Ray Lewis grew up using a deck of cards to do push ups and sit ups. If he drew a 7 he would do 7. An ace was 25 and a Joker 30. He would go through the whole deck. In the NFL, he would do it 3 times for each exercise. Also, the reason he wore 52 was that of the number of cards in the deck. – Source

9. An Escher sentence is a comparative sentence that seems to make sense but doesn’t on closer inspection: “more people have been to Russia than I have.” – Source

10. The character Oscar the Grouch has gone on record as being a Canadian, though he tries to keep his Canadian identity a secret because he doesn’t want people to like him. – Source

11. While the Eagles were recording their Hotel California album, they had to stop recording “on numerous occasions” because Black Sabbath was in the same studio, and was so loud the sound was coming through the walls. – Source

12. In the original airing of “Rudolph the Red-Nosed Reindeer,” Rudolph visited the island of Misfit Toys and promised to help them, but never actually did. Tons of children wrote to Rankin-Bass, concerned for the toys, and got the company to make another scene showing the toys had been saved. – Source

13. Bhutan, Wales, and Malta are the only countries the world whose flags have dragons on them. – Source

14. There is a giant, hot pink slug. It is only found in a single, isolated forest on an extinct volcano in Australia. – Source

15. Alexander Fleming, the discoverer of the miracle drug, Penicillin, almost gave up on it entirely because it was very hard to extract. It was only with the help of Sir Howard Florey and Ernst Chain, who developed a method of mass production, could penicillin be made available to millions. – Source