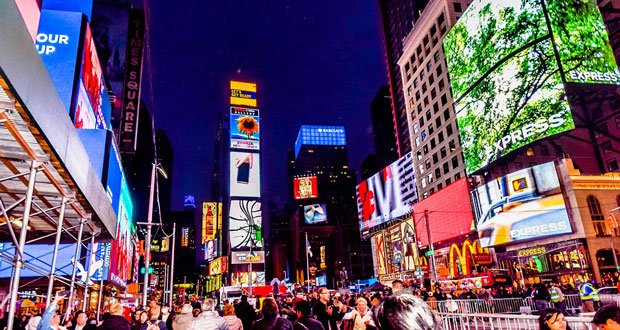 1. NYE revellers in Times Square are often locked into place for up to twelve hours and cannot move, so many of them wear adult diapers and the kids just go on the street. – Source

2. A man created a fake restaurant on TripAdvisor and asked around for good reviews. Eventually, the fake restaurant was the #1 restaurant in London and was being called up 100s of times daily for bookings. For a day, the man set up a “cafe” in his backyard and served frozen food to rave reviews. – Source

4. During the 1938 Berlin Olympics, two Japanese pole vaulters who tied for second place refused to participate in a tie-breaker. Upon returning to Japan, they cut their medals in half and fused them to one another so each athlete ended up with a half-silver, half-bronze medal. – Source

5. In 1913, a bank was shipped in 50-pound increments through the USPS mail system to save money. 40 tons of bricks ended up being shipped and the USPS released a statement saying “it is not the intent of the United States Postal Service that buildings be shipped through the mail.” – Source

6. In 1981, the landlord visited the warehouse of Nintendo of America to collect overdue rent and berated the president, Minoru Arakawa, in front of employees. The new game, Donkey Kong, was about to be released and they changed the character’s name to their landlord’s name: Mario. – Source

7. While shooting for Deliverance (1972), Burt Reynolds insisted on doing a stunt by himself instead of a dummy. During the stunt, he got injured and his clothes came off. Waking up in hospital, he asked the director what it looked like, who said, “It looked like a dummy falling over a waterfall.” – Source

8. Every Dec 25th, a town in Peru celebrates “Takanakuy” where men, women and children settle grudges from the past year by calling each other out and having a fist fight. Then everybody goes drinking to numb the pain and move on to a new year. – Source

9. In 2009, identical twins Hassan and Abbas O. were suspects in a $6.8 million jewellery heist. DNA matching the twins was found but they had to be released citing “we can deduce that at least one of the brothers took part in the crime, but it has not been possible to determine which one.” – Source

10. George Orwell named the torture chamber Room 101 in his novel “1984” after a conference room at the BBC headquarters where he had to sit through numerous tedious meetings. – Source 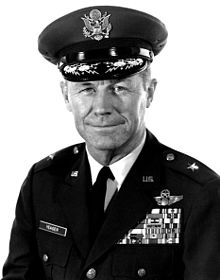 11. Chuck Yeager, the first pilot confirmed to have exceeded the speed of sound in level flight (in 1947), is still alive today and is 95 years old. – Source

12. In 1992, a retiree was out searching for a lost hammer with a metal detector. During his search, he found a huge cache of Roman treasure, including 15,234 coins. The British government gave him and the owner of the land £1.75 million for finding it. Later on, he also found the hammer. – Source

13. When Robin Williams appeared on “Inside the Actors Studio” in 2001, an audience member developed a hernia from laughing too hard and had to be taken away in an ambulance. – Source

14. One of Russia’s deadliest contract killers, Alexander Solonik, was credited with 43 kills. He was killed in 1997 by another contract killer sent by the mob he was working for. – Source

15. James Barrie, the creator of Peter Pan, gave the Peter Pan copyright to Great Ormond Street Hospital, the leading children’s hospital in London, which helped support the institution’s work for 70 years after his passing. – Source