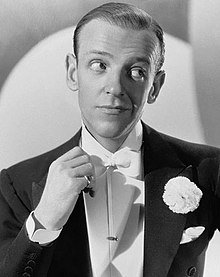 16. Fred Astaire started skateboarding in his 70’s, got a lifetime membership to the Nat’l Skateboard Society, and broke his wrist skateboarding at age 78. – Source

17. In 1966, after failing for 3 years to extinguish a gas well fire Soviet authorities decided to use a 30kt atomic bomb. It was detonated at a depth of 1,500m, crushing the well and extinguishing the flames in seconds. Following this success, the same technique was used on 4 other well fires. – Source

18. “Banner blindness” happens when you subconsciously ignore ads and anything that resembles ads. – Source

19. One of the richest women in China was born in extreme poverty in a remote mountain village. She got her wealth by selling her chili sauce, lao gan ma, which she originally made for her noodle stand. – Source

20. In July 2017, the Chinese government banned Justin Bieber from performing in China. They released a statement later on saying “In order to maintain order in the Chinese market and purify the Chinese performance environment, it is not suitable to bring in badly behaved entertainers.” – Source 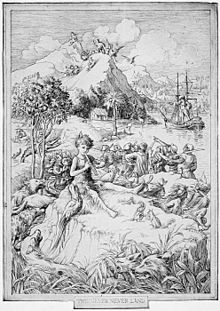 21. J. M. Barrie based the character of Peter Pan on his brother David. The reason Peter always stays the same age is that David drowned the day before his fourteenth birthday, and his family always remembered him as the boy who never grew up. – Source

22. During the filming of the Sound of Music, the city of Salzburg refused to allow Nazi flags to be hung off buildings for filming. The director threatened to instead use real newsreel footage of the city enthusiastically greeting Hitler. The city quickly backpedalled and allowed the shot. – Source

23. The term “Down Syndrome” was adopted globally at the behest of Mongolia to replace the offensive term “Mongoloid”. – Source

24. When the United States bought Alaska from Russia, due to a combination of the International Date Line moving and switching to the Gregorian calendar, the days from October 8th through 17th in 1867 never occurred in Alaska. – Source

25. The Model T debuted in 1909 at $825 and had its price lowered numerous times because of increasing production efficiency. It bottomed out at $260, the equivalent of around $3600 today. – Source