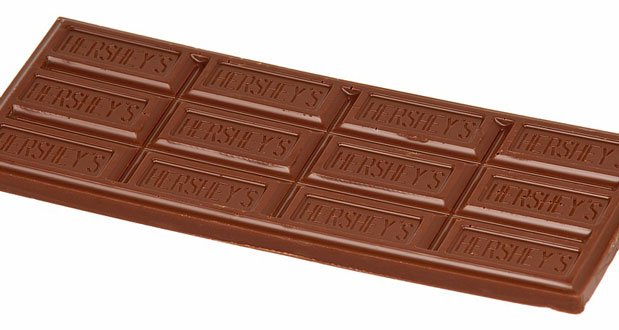 1. Hershey’s does not meet the legal minimum cocoa content to be described as chocolate in Britain. – Source

2. Willie, a parrot, alerted its owner, Megan Howard when the toddler she was babysitting began to choke. Megan was in the bathroom, the parrot began screaming “mama, baby” while flapping its wings as the child turned blue. Megan rushed over and performed the Heimlich, saving the girls life. – Source

3. Mythbusters got bullied out of airing an episode on how hackable and trackable RFID chips on credit cards are when credit card companies threatened to boycott their TV network. – Source

4. In January 2014, seven-year-old Charlotte Benjamin sent a handwritten letter to Lego complaining there were “more Lego boy people and barely any Lego girls”. In June 2014, Lego announced a new “Research Institute” collection featuring female scientists which sold out within a week. – Source

5. A cow in Poland escaped on its way to the slaughterhouse, broke through a metal fence, swam to a nearby island, and was allowed to live there after its owner gave up trying to recapture it. – Source

7. Sean Bean and Peter Dinklage did not have to audition for their roles on Game of Thrones. They were specifically sought after to play Ned Stark and Tyrion Lannister respectively. – Source

8. Operation Chariot was the WWII mission where 611 British Commandos rammed a disguised, explosive-laden destroyer, into one of the largest Nazi submarine bases in France filled with 5000 Nazis, withdrew under fire, then detonated the boat, destroying one of the largest dry docks in the world. – Source

9. In the Belly Button Biodiversity project, scientists examined the genetic makeup of the bacteria found in the bellybuttons of 60 volunteers. One individual, who hadn’t washed in several years, hosted 2 species of extremophile bacteria that typically thrive in ice caps and thermal vents. – Source

10. Although rarely seen alive, in 2015, a Giant squid swam into a harbour near Tokyo on Christmas Eve. A diver jumped into the water to film and swam close to the squid for several minutes before it returned to the ocean. – Source

11. Printer companies implement programmed obsolescence by embedding chips into ink cartridges that force them to stop printing after a set expiration date, even if there is ink remaining. – Source

12. Later in life, an Alzheimer stricken Ronald Reagan would rake leaves from his pool for hours, not realizing they were being replenished by his Secret Service agents. – Source

13. In the Philippines, some Catholics volunteer to be non-lethally crucified on Good Friday. Sterilised nails are driven through their palms and they are hung on crosses. Ruben Enaje has been crucified 27 times. Philippines Department of Health advises tetanus shots before the crucifixion. – Source

14. A doctor on an Air Canada flight jerry-rigged a device to help a toddler breath who was having an asthma attack. Dr Khurshid Guru, director of Robotic Surgery at the Roswell Park Cancer Institute, created a nebulizer using a water bottle, a cup, oxygen, and an adult inhaler. – Source

15. In 2009, the film Braveheart was second on a list of “most historically inaccurate movies” in The Times. – Source