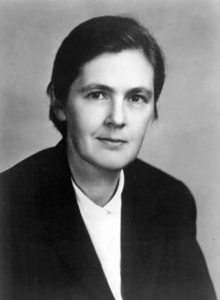 16. Frances Kelsey was the physician who refused to allow the deadly drug Thalidomide from entering circulation into the U.S. in the 1960s, saving numerous American infants from disfiguration and birth defects. – Source

17. Pizza Hut delivered to the International Space Station. In 2001, they paid Russia $1 million dollars to transport the pizza into space. – Source

18. Between 1933 and 1941, the Chinese city of Shanghai accepted unconditionally over 18,000 Jewish people escaping Europe during WWII. This was more than Canada, New Zealand, South Africa, and British India combined. – Source

20. A Swedish man survived for 2 months snowed in his car by eating snow and maintaining his body temperature thanks to the “igloo effect.” The snow insulating his vehicle retained the warmth and 2 months is the upper limit for the amount of time the human body can survive without food. – Source

21. Actor Val Kilmer (Top Gun, Batman Forever) has been fighting throat cancer and had a procedure on his trachea that has reduced his voice to a rasp. – Source

22. When astronauts vote from space, they list their address as “low-Earth orbit” in their absentee ballots. – Source

23. The deepest ocean sinkhole in the world is in the South China Sea and is named the Dragon Hole, or Longdong. It is roughly 987 feet deep. Below 328 feet, the hole is devoid of oxygen and deadly to marine life. – Source

24. Fentanyl lollipops are used in the U.S. military to treat combat casualties. They are taped to the victim’s finger so that, once sedated, they let the lollipop fall from their mouth to reduce the chance of overdoses. – Source

25. Brad Pitt agreed to do a brief cameo in Deadpool 2 for just the daily minimum rate (less than $1000 per day) plus a cup of coffee hand delivered by Ryan Reynolds. – Source