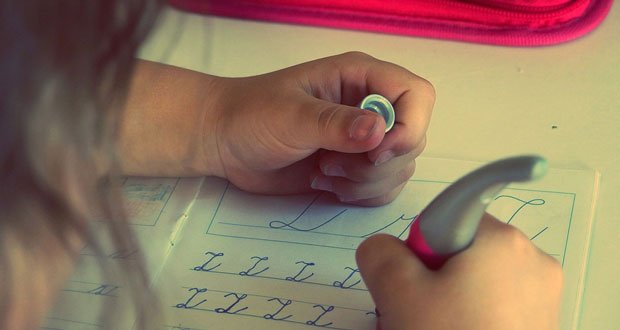 16. Homework was considered hugely controversial in the 1800s and early 1900s, when physicians crusaded against it, in 1901, California even banned homework for anyone under the age of 15. – Source

17. Guns ‘N Roses once went on tour with a car that broke down, so they hitchhiked to the gig, ate raw onions from a field along the way, made it to Seattle for the gig, and when they finished, the owner refused to pay them. They responded by trying and failing, to burn the club down. – Source

18. The Chinese gov. has been sending seeds to space to promote plant mutations for various crops. Good mutations are used to improve crops back on earth. The method has produced giant eggplants, half-meter long cucumbers, and peppers with improved yields and reduced seeds. – Source

19. Shaquille O’Neal (Shaq) only made 1 three-point shot during his entire professional career in the NBA. – Source

20. In 1973, the members of Led Zeppelin gave drummer John Bonham a Harley Davidson for his 25th birthday, which he promptly rode up and down the hallways of his hotel, causing thousands of dollars in damage. The next day, he wrote a check for the damages and said: “Oh, and keep the bike.” – Source

21. In 2007, Keira Knightley was awarded £3,000 ($6,000) in damages from a lawsuit against Daily Mail for publishing an article about her having anorexia nervosa and added another £3,000 to this amount to donate to Beat, a charity for those who suffer mental illness and eating disorders. – Source

22. Instead of generating a fever themselves, cold-blooded animals will move themselves to a hotter area to cause fever when they have an infection. – Source

23. In 1854, Commodore Perry gifted 110 gallons of American Whiskey to the Japanese emperor. That gift has since evolved into a $6 billion industry, with Japan’s Suntory distillery winning 2015’s World Whisky of the Year. Today, Suntory owns Jim Beam. – Source

24. If “Finding Nemo” was scientifically accurate, Nemo’s dad would have just changed sex and mated with his son after his mom’s death. – Source

25. Banks have therapists known as “wealth psychologist” who help ultra-rich clients, who are unable to mentally cope with their immense wealth. – Source