16. When Mary Queen of Scots was executed, her executioners knelt before her to ask her forgiveness. She granted it saying “I forgive you with all my heart, for now, I hope, you shall make an end of all my troubles.” Unfortunately, the headsman missed his first stroke, hitting the back of her head. – Source

17. A small group of developers behind Medal of Honor broke away from that series due to the increasing control of EA. They instead created a new game and called it Call of Duty. – Source

18. In 1920s Paris, James Joyce would get drunk, start fights, and then hide behind Ernest Hemingway for protection, screaming, “Deal with him, Hemingway!” – Source

19. In Norse mythology, at the end of the world (Ragnarok) the gods, Odin, Thor, Loki, and the others as well as all humans, will die. Evil triumphs over good and the world will be engulfed in water. – Source

20. Actor Martin Sheen has been arrested more than any other person in Hollywood (66 times for civil disobedience.) – Source 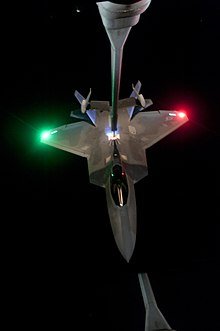 21. All airplanes must have a green light on their right wing, and a red light on their left wing, to indicate the direction of travel to other planes. – Source

22. In 1784, Great Britain imposed a tax on bricks to pay for the war in America. In response, people starting using larger bricks, and buildings can be dated based on the brick size. – Source

23. The first firemen to respond to the Chernobyl meltdown stood above the burning core, which emitted radiation at 30,000 roentgen per hour. When they died a few weeks later, their bodies were so radioactive they were buried in coffins made of lead with the lids welded shut. – Source

24. Some physical expressions are hardwired into our genes. A study has observed that blind athletes (and blind kids) use the victory gesture (raising hands) after winning even though they have never seen anyone else do it. – Source

25. Breakfast being “the most important meal of the day” originated in a 1944 marketing campaign launched by General Foods, the manufacturer of Grape Nuts, to sell more cereal. During the campaign, grocery stores and radio ads promoted the importance of breakfast. – Source