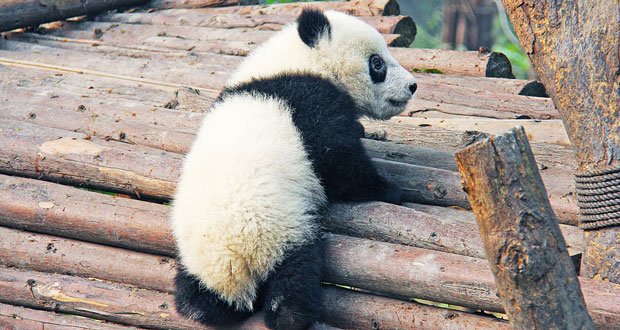 1. 50% of Panda births result in twins, but Panda moms almost always abandon one. Therefore, Zookeepers have to switch the cubs every few hours to trick the mom into caring for both. – Source

2. A Polish environmental charity put a SIM card in a GPS tracker to follow the migratory pattern of a white stork. They lost track of the stork and later received a phone bill for $2,700; someone in Sudan had taken the SIM from the tracker and made over 20 hours of calls. – Source

3. You were more likely to get a job if you had smallpox scars in the 18th century. The scars proved that you already had smallpox and could not pass it on to your employers. – Source

5. The 19th Amendment (Women’s Suffrage) almost wasn’t ratified until a Tennessee senator who was against it (Harry Burns) received a letter from his mother telling him to “be a good boy” and vote for ratification. He broke the deadlock the next day and the 19th was ratified. – Source

6. Atlanta artist TI has saved at least two people from suicide attempts. One of them was the lead singer of Creed, Scott Stapp. The other was a 24-year-old Atlanta resident who was going to jump from a 22-story building. After hearing about the situation, TI drove to the scene to help. – Source

7. In 2001, Kenny Waters, a Massachusetts man who was wrongly imprisoned for 18 years for murder, was finally freed after his high-school drop-out sister went to law school to prove his innocence. However, 6 months after his release, he died in a freak accident. – Source

8. Months after Dr. Martin Luther King Jr. was assassinated, Fred Rodgers and Francois Clemmons worked together to show the word how to integrate swimming pools by soaking their feet in the pool together. – Source

9. Della Porta (1563) invented a method of writing secret messages inside eggs. Ink transferred from the shell to the boiled egg inside. The message could only be revealed when cracked and peeled. – Source

10. For almost 300 years, the office of the pope was almost certainly a death sentence. 28 of the first 31 consecutive popes were violently murdered. – Source

11. Shakuntala Devi, also known as the human computer, gave the 23rd root of a 201 digit number in 50 seconds. The answer(546,372,891) was verified at the US Bureau of Standards by the UNIVAC 1101 computer, for which a special program had to be written to perform such a large calculation. – Source

12. A Florida man used a cell phone jammer everyday while travelling to work because he didn’t want drivers around him to be distracted on their phones. As a result, he was fined $48,000 by the FCC. – Source

13. It is estimated that approximately 70% of people at some point in their life will experience “Imposter Syndrome”, where they don’t believe that they deserve their success and are worried about being found out as a “fraud”. – Source

14. Jet Li turned down a role in The Matrix Reloaded because Hollywood producers wanted to record and copy all of his martial arts moves into a digital library, with all rights going to them. – Source

15. An exabyte (one million terabytes) is so large that it is estimated that “all words ever spoken or written by all humans that have ever lived in every language since the very beginning of mankind would fit on just 5 exabytes.” – Source