16. The famous ukulele medley “Somewhere Over The Rainbow/What A Wonderful World” by Israel Kamakawiwoʻole was originally recorded in a completely unplanned session at 3:00 in the morning, and done in just one take. – Source

17. Leaders of the Black Panther Party were “neutralized” (murdered, imprisoned, publicly humiliated or falsely charged with crimes) by COINTELPRO, a series of illegal FBI operations. – Source

18. On Valentine’s Day of 1884, just 36 hours after the birth of their only daughter, Alice, future U.S. President Teddy Roosevelt held his wife as she passed away from undiagnosed Bright’s disease. Just hours before, in the same house, he had already said a final goodbye to his mother, Martha. – Source

19. Van Halen stipulated in their performance contracts that a bowl of M&M’s, with all of the brown M&M’s removed, was to be placed in their dressing room. They didn’t do this to be jerks, but as a simple test to see if more important safety and quality specifications were attended to as well. – Source

20. An Olympic rower named Henry Pearce stopped mid-race to allow ducklings to pass by him and he still won the race. – Source 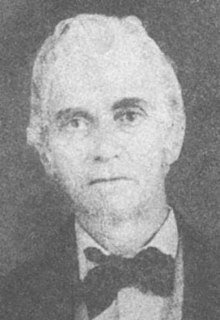 21. Samuel Maverick was a Texas rancher who refused to brand his cattle, which led to the word “maverick” meaning someone who is independently minded. – Source

22. In 2009, a man sued Pepsi after finding a dead mouse in his Mt. Dew. They responded by saying that if the mouse had been in the soda since its bottling, it would have dissolved. – Source

23. The producers of MASH wrote responses to hundreds of angry letters about the death of Henry Blake by explaining that a plane evacuating kids from Vietnam recently crashed with no survivors, asking if the viewers felt the same sorrow for the children as they did for a fictional man. – Source

24. Princess Diana was 19 when Prince Charles, 31, proposed to her. Because royal custom required Charles marry a virgin nearly every other woman of good lineage nearer his age was disqualified. – Source