1. Christopher Walken is one of only two actors (the other being Alec Baldwin) to have a standing offer from Lorne Michaels to host Saturday Night Live whenever his schedule permits. Thus far he has hosted the show 7 times, his most famous appearance is the “More Cowbell!” sketch. – Source

2. In 1981, a man named Roger Fischer had an idea for a volunteer to have ICBM launch codes put in their chest cavity. In the event of an emergency, the volunteer would carry a knife to be killed with. It was meant to force the personal killing of one man to start the impersonal killing of millions. – Source

3. Conservationists in South Africa have been injecting rhino horns with red dyes and toxins to prevent poaching. The mixture renders the horn completely useless to those trying to sell it commercially and is also toxic for human consumption. – Source

4. A teenager, Peter Roberts invented a quick-release ratchet. He sold his patent to Sears for $10,000 who said that the invention was not worth very much and then went on to make $44 million selling the ratchet. He sued them for fraud and was awarded $1 million. – Source

5. Canada’s nuclear reactors (CANDU) are designed to use decommissioned nuclear weapons as fuel and can be refueled while running at full power. They’re considered among the safest and the most cost-effective reactors in the world. – Source 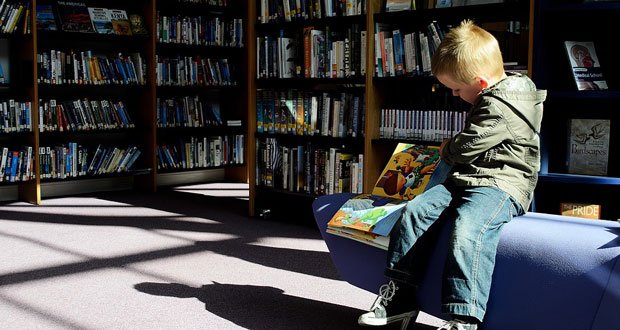 6. LA libraries started “The Great Read Away” program that allows kids to read books to clear their late fees. In the first six months of the program over 3,500 previously “locked accounts” had been cleared, and now 80% of parents are more likely to let their kids go to the library. – Source

7. In 1835, President Andrew Jackson successfully paid off the debt of the United States. The only time in history this has ever been accomplished. – Source

8. Ewa Wiśnierska is a German paraglider that got surprised by a thunderstorm and got sucked up by a cumulonimbus cloud to an altitude of 10.000m (33.000ft). She survived temperatures of -50*C and extreme oxygen deprivation at a height higher than the Mt. Everest. – Source

9. A teenager fooled an entire school, a car dealership, and police officers that he was the youngest elected State Representative ever. He was escorted around the school, given a tour, and even spoke to the high school students about his involvement in politics. – Source

10. Stalin’s Granddaughter is a Buddhist that runs an antique shop in Portland, Oregon. – Source

11. Tupac was a ballet dancer, and played the role of the Mouse King in The Nutcracker. – Source

13. The Legend Of Zelda: Ocarina Of Time for the Nintendo 64 is the only game to ever get a 99 rating on Metacritic making it the best rated game of all time. – Source

14. A 2002 episode of “The Twilight Zone” addressed the novikov self-consistency principle of time travel: a woman, played by Katherine Heigl, goes back in time to kill baby Hitler. She succeeds, but his mother adopts a child and raises him as Adolf. He grows up to lead the Nazi Party. – Source

15. The Catholic Church has accepted the Big Bang theory and Darwinian evolution since 1950. – Source