16. Sea silk is an extremely fine, rare, and valuable fabric made from the long silky filaments which are secreted by a gland in the foot of a clam (Pinna nobilis) to anchor itself to the ocean floor. The material has been used since ancient times by Greek, Roman and Chinese cultures. – Source

17. Scientists proposed a “Minimal Turing Test” where you get to use only one word to convince others you are human and not a machine. The single word that people found most likely to distinguish a human from a machine based on a new study was the word “poop”. – Source

20. In 2004, Microsoft sued Mike Rowe for the domain MikeRoweSoft.com, they settled for an XBox and a selection of games. – Source 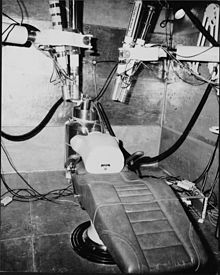 21. Some medical devices have to be built from a diminishing amount of steel made before WWII because all steel afterward is contaminated with radiation. – Source

22. Chicken produced in the U.S. has been banned in the EU since 1997 as it is washed in a strong chlorine solution. The chlorine washing is popular in the U.S. due to poor hygiene standards in abattoirs. – Source

24. Robert Downey Jr largely credits the martial art Wing Chun for helping to maintain his sobriety, as well as helping to keep him “grounded, well and focused”. – Source

25. In 1945, a school dropout and self-taught electrical engineer named Percy Spencer was working at Raytheon. He stepped in front of a magnetron, a device that powers radars. He noticed a chocolate bar in his pocket had melted. Later that year, he filed a patent for the first microwave oven. – Source