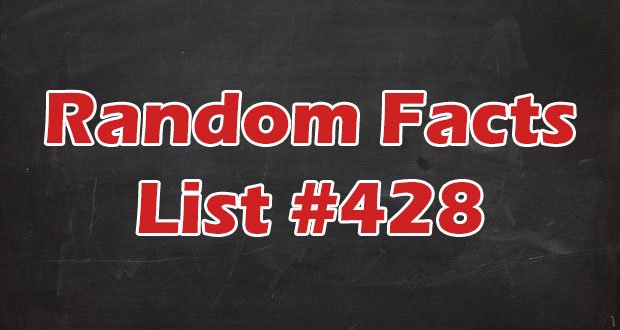 1. When 13-year-old Ryan White got AIDS from a blood donor in 1984, he was banned from returning to school by a petition signed by 117 parents. An auction was held to keep him out, a newspaper supporting him got death threats, and his family left town when a gun was fired through their window. – Source

2. When Lawrence Anthony, known as “The Elephant Whisperer”, passed away. A herd of elephants arrived at his house in South Africa to mourn him. Although the elephants were not alerted to the event, they traveled to his house and stood around for two days, and then dispersed. – Source

3. Mister Rogers once used an egg timer and simply let it run for sixty seconds on a television broadcast in order to demonstrate how long a minute is. Unlike most TV made for kids, “Mister Rogers’ Neighborhood” was deliberately slow and contemplative. – Source

4. Humans don’t actually have five senses, we have other senses like balance, heat, pain and the passage of time. Humans actually have at least 14 senses. – Source

5. The Benjamin Franklin effect causes people to like someone more after doing them a favor. When Franklin asked his rival for a rare book and returned it with a note of thanks, Franklin’s rival spoke to him with great civility and offered help, leading the two men to become good friends. – Source

6. All main actors in the movie Saving Private Ryan apart from Matt Damon were required to undergo military training. This was done so the remaining cast would build up genuine resentment for his character. – Source

7. In 2008, and at the age of 45, Flea, bass player of the multiplatinum rock band Red Hot Chili Peppers, enrolled as a freshman at University of Southern California’s music program to learn the academic side of music. – Source

8. In South Korea, only visually impaired people can be licensed masseurs, dating back over 100 years to a Japanese colonial law that was set up to guarantee the blind a livelihood. – Source

9. Stu, the IT guy from “what we do in the shadows”, is, in fact, an IT guy named Stu in real life. He thought he was on set to help with IT related tasks and had no idea how big his part in the movie was until filming was almost wrapped. – Source

11. Si Kaddour Benghabrit was the rector of the Great Mosque of Paris, he helped over 500 Jews disguise themselves as Muslims by making the administrative staff grant them certificates of Muslim identity, which allowed them to avoid arrest and deportation. – Source

12. Thailand used to have a prison called “Khuk Khi Kai,” or “Chicken poop prison.” The first floor of the prison contained prisoners, and the second floor was a large chicken coop. The grated floor ensured that prisoners were constantly subjected to chicken poop. – Source

13. The film “The Shawshank Redemption” remains one of the most valuable assets in Warner Brothers catalog (which has several multi-billion dollar movie franchises) and Bob Gunton (the warden) still makes six figures a year from it. – Source

14. Your body has a protein called PER that determines when your body wakes up and is the reason why you may wake up X amount of hours before your alarm to prepare your body for the stress that the alarm causes you. – Source

15. John Quincy Adams would go skinny dipping in the Potomac River every morning. Anne Royall, the first female journalist to ever score an interview with a president, discovered Adams skinny dipping one morning and hid his clothing until he agreed to talk to her. – Source

March 24, 2019
Latest Posts
Subscribe to Blog via Email
Did you know?
Loading...
Facts of the Day
Registration is disabled.