1. In 2018, the Domino’s in Russia offered up to 100 free pizzas every year for 100 years if a customer got the Domino’s logo tattooed visibly on their body. Initially intended to last a month the promotion proved to be so popular Domino’s ended it after a week with 350 accepted winners. – Source

3. Harry Yee is a former Hawaiian bartender who created the Blue Hawaiian drink. He was the first person to use paper parasols and orchids in mixed drinks and helped popularize Tiki culture in the United States. He started bartending in 1952 and is still alive today at the age of 100. – Source

4. When Steve-o was 13, his dad was a top executive at Nabisco and challenged Steve-o to do better than his corporate box seats at a Motley Crue concert. Steve-o managed to track down the band in Toronto and get backstage passes. – Source

5. George Orwell was painfully dying of tuberculosis when he wrote 1984, and he died very shortly after he handed it into his publisher. – Source 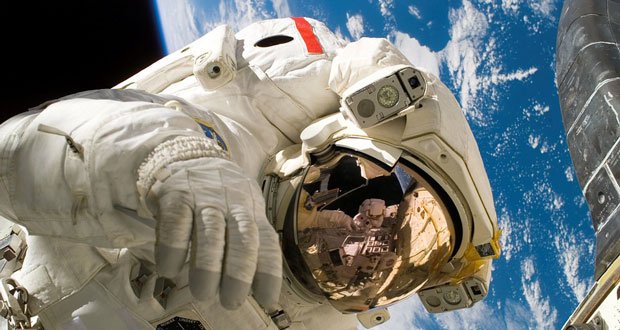 6. Astronauts returning from space report higher concern with Universalism, Spirituality, and references to “values orientated toward the collective good”. – Source

7. During the Mariner 4 Mars mission in 1964, the scientists were so eager to see the first ever close up images of another planet that they printed out the numerical data and hand colored it with crayons instead of waiting for a processed image. – Source

8. A party boat carrying about sixty men and women once capsized in Texas after all the passengers rushed over to one side of the boat when the boat passed a nude beach. – Source

9. Heels were first made by the Persian cavalry to keep stability while shooting arrows. It later became popular in Europe as a masculine symbol until 1630 when women followed the fashion. First a military asset then a masculine symbol and now feminine. – Source

11. Ford almost bought Ferrari in the early ’60s, but Enzo Ferrari killed the deal when he learned he wouldn’t oversee the racing division anymore. Henry Ford II was so pissed that he directed his engineers to build a car that would beat Ferrari at Le Mans, which it did from 1966–1969. – Source

12. A lady in Chiba Japan bought a building, sight unseen, that ended up being a fully stocked 90s arcade. – Source

13. A 39 story building in Seoul was evacuated after tremors were felt on the top floors. Instead of an earthquake, it was found that an exercise class on the 12th floor was playing Snap!’s “The Power”, which happened to match the building’s resonant frequency and caused it to violently shake. – Source

14. A female zebra shark held in captivity in Australia gave birth asexually in 2017. It is only the third documented case of a vertebrate of any species switching its reproductive strategy from sexual to asexual. Sperm storage was ruled out when genetic testing was done on the offspring. – Source

15. Charles Morgan, an escrow agent working for the FBI and 2 big crime groups, was found shot in the back of the head. He had on a bulletproof vest, had a map to the location his body was found, had his tooth in his pocket & a bill with a bible reference. It was ruled suicide. – Source