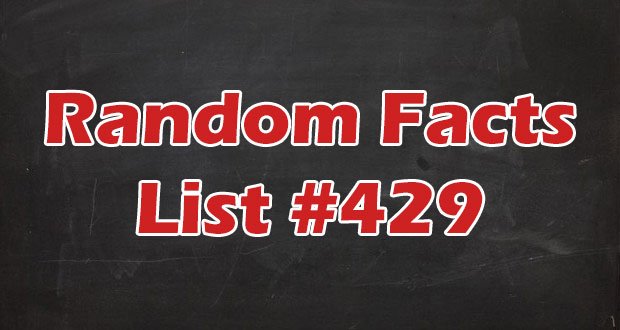 16. The children’s cartoon Arthur is still producing new episodes and is on its 21st season, and has been running longer than South Park. – Source

18. After Japan’s attack on Pearl Harbor, Canada declared war on Japan before the USA did. – Source

19. “US Radium” employed women to paint dials of watches with radioactive radium paint. The women were instructed to point their brushes on their lips. This led to many of the workers’ losing their jaws and even deaths. The company paid examiners covered it up and claimed they had syphilis. – Source

21. Einstein was born missing part of the brain that influences speech and did not speak until the age of three. However, his parietal lobe, responsible for math and spatial recognition, was abnormally large. – Source

22. Guard geese have been used in place of guard dogs because they have excellent eyesight, are “watchful and inquisitive”, and have strong territorial instincts. – Source

23. 2 students were arrested and sentenced to 7 years in prison, in Portugal for “raising a toast to freedom” in 1960. The news of this inspired British lawyer Peter Benenson to lay down the foundation for one of the largest human rights organizations in the world, the Amnesty International. – Source

24. The lyric “they stab it with their steely knives” from “Hotel California” by the Eagles is a nod to Steely Dan for the free publicity they gave them when the Eagles were mentioned in a lyric from Steely Dan’s song “Everything You Did” which goes “turn up the Eagles, the neighbors are listening”. – Source

25. Neil Armstrong before leaving for the Apollo 11 Space mission signed hundreds of autographs and had them dropped in the mail on the exact date of their moon mission, in case he died during the mission and his family could monetize his autographs. – Source

March 27, 2019
Latest Posts
Subscribe to Blog via Email
Did you know?
Loading...
Facts of the Day
Registration is disabled.