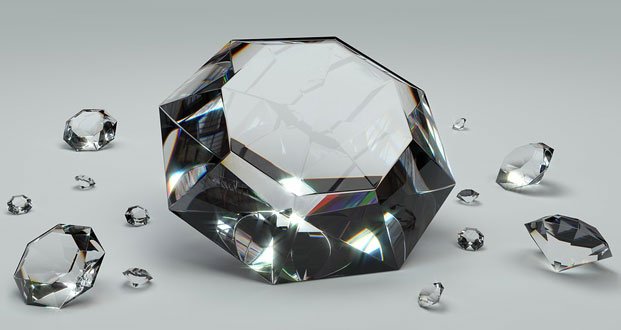 1. An elderly man gained the trust of a Belgian bank by bringing the workers chocolates. He was eventually given VIP access to the bank vault. In 2007, he stole $28 million worth of diamonds and vanished. – Source

2. “Shots to roughly 80 percent of targets on the body would not be fatal blows” and that “if a gunshot victim’s heart is still beating upon arrival at a hospital, there is a 95 percent chance of survival”. – Source

3. Almon Brown Strowger noticed he was losing business because a competitor would have his wife, a telephone operator redirect calls asking for Strowger to his business. Strowger later invented the automatic telephone exchange which eliminated the need for operators. – Source

4. A Japanese sushi chain CEO majorly contributed to a drop in piracy off the Somalian coast by providing the pirates with training as tuna fishermen. – Source

5. Dionne Quan, best known as the voice of Trixie Tang from Fairly Odd Parents and Kimi from Rugrats, is legally blind and all her acting scripts are written in Braille. – Source

6. Mick Jagger has a great-grandchild that is older than his youngest child. – Source

7. The original word for “bear” has been lost. People in middle ages were superstitious and thought saying the animal’s name would summon it. They called it “bear” which means “the brown one” to avoid saying its actual name. – Source

9. Morgan Freeman wears his earrings because they are just worth enough to pay for a coffin in case he dies in a strange place. – Source

10. A UK man found a way to earn money off telemarketers who were constantly calling him. In 2011, he set up his own personal 0871 line so to call him now costs money to the caller. Every time a bank, gas or electricity supplier asked him for his details, he submits it as his contact number. – Source

11. Harvard student and seminarian Jonathan Daniels traveled to the south to aid the civil rights movement. He was walking with a black girl when a deputy pointed his shotgun at her. Daniels jumped in front of her, sacrificing his life so that she could live. – Source

12. If you won the lottery in Australia, you had to go public with your win, turning into an overnight celebrity. This was until the abduction & murder of Graeme Thorne, 8, whose family won the lottery leading to Graeme being abducted for ransom but killed. – Source

13. Ed Sheeran never sells front row seats in order to see the real fans right in front of him. He gives them away to random fans outside so the front row isn’t always just wealthy people. – Source

14. The German military manual states that a military order is not binding if it is not “of any use for service,” or cannot reasonably be executed. Soldiers must not obey unconditionally, the government wrote in 2007, but carry out “obedience which is thinking.”. – Source