1. When Harry Wilson was 18 months old, his proud Grandfather bet £50 that he would one day represent Wales in football and was quoted 2500/1 at his local bookmaker. 16 years later he became the youngest ever Wales debutant, netting his grandfather £125,000. – Source

3. Stephen King would do so much cocaine he had to stuff cotton up his nose to stop blood from dripping on his typewriter. – Source

4. Cards Against Humanity joked about how they could have bought a small private island with the money they donated to charity. So in 2014, they did, renaming it “Hawaii 2”. – Source

5. Lemmy Kilmister of Motörhead loved to play a particular arcade game at his local bar. When he found out he was terminally ill, the bar owner brought the game machine to Lemmy’s apartment so he could keep playing it at home. – Source

6. Max Yasgur who hosted the ’69 Woodstock concert, received only $10K, shunned by his neighbors, gave free water and milk to guests and was hailed. He died 4 years later and received a full-page obituary in Rolling Stone as a non-musician. – Source

7. Light bulbs in the New York City subway system screw in “backward” (i.e. with left-handed threads) so people won’t steal them to use at home. – Source

8. A woman in Mexico named Ines Ramirez performed a C-section on herself after hours of painful contractions. Fearing that her baby would be stillborn, she drank 2 cups of high-proof alcohol and used a kitchen knife to make the incision. Both the mother and the baby survived. – Source

9. Gary Hart, a politician running for president in 1988, invited the media to follow him around after he was alleged to be a womanizer. He was quoted as saying, “Follow me around. I don’t care. I’m serious.” Members of the media complied and he was caught having an affair 2 weeks later. – Source

10. In over 50 years and 10 billion passengers, the Japanese bullet train has never had a single passenger fatality caused by a derailment or collision. – Source 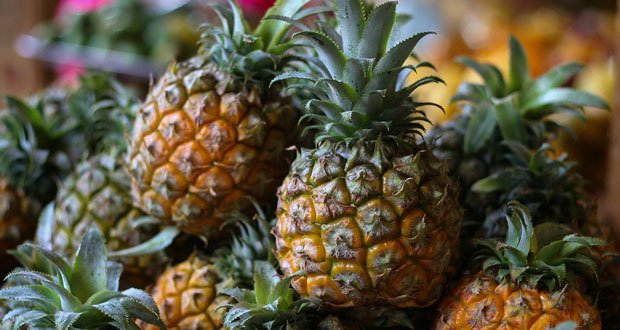 11. Pineapples were so rare a sight in the 1700’s they were a symbol of wealth. The few that were cultivated in hothouses were worth about five thousand pounds ($8000) each. They weren’t eaten but were rented out by the aristocracy as a table centerpiece at dinner parties. – Source

12. In the USA a check does not need to be written on a bank check. It can be written on anything (including clothing) and legally be cashed as long as it includes the proper information. – Source

13. A Brazilian electronics company is legally allowed to call their phone “iPhone” because they trademarked the word in 2000, 7 years prior to Apple’s iPhone. The phone runs on Android. – Source

14. Only in the twentieth century did humans decide that the dandelion was a weed. Before the invention of lawns, the golden blossoms and lion-toothed leaves were more likely to be praised as a bounty of food, medicine and magic. Gardeners used to weed out the grass to make room for the dandelions. – Source

15. Humans are bioluminescent and glow in the dark. The light is just too weak for human eyes to detect. – Source