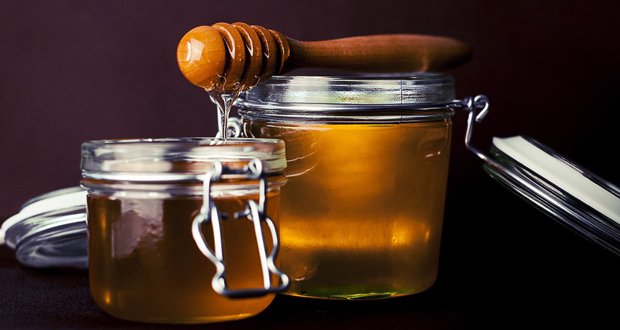 16. Archaeologists routinely find edible honey in ancient Egyptian tombs, the stuff never spoils, due to extremely low water-content, very low pH, and hydrogen peroxide (made by an enzyme in the bees’ stomachs). – Source

17. After a unit conversion snafu, Air Canada flight 143 ran out of fuel at 41k feet. The pilot, who flew gliders in his downtime, brought the plane down on an abandoned airfield which was being used as a racing circuit and everyone got out alive with only minor injuries. – Source

18. Lebanon made a massive bowl of hummus to get into the Guinness Book of World Records just so people around the world can recognize that hummus is from Lebanon. – Source

19. Blue eyes don’t have blue pigment and are instead blue for the same reason that water and the sky are blue: they scatter light so that only blue light reflects out. – Source

20. The term “Cut to the chase” originated from the American film industry’s silent movies of the 1920s. These were often laden with obligatory romantic plot-lines that young audiences would find boring, but ended with an exciting car or boat chase scenes. – Source

21. During the Prohibition era, the U.S. Government allowed Whiskey to be sold through pharmacies. As a result, Walgreens grew from 20 retail stores to almost 400. – Source

22. The actor who played Glen Coco in Mean Girls wasn’t even supposed to be there and never got paid, he snuck onto the set for free food. – Source

23. When NASA’s New Horizons spacecraft passed by Pluto, the trip took about 1 minute less than predicted or in a decade-long journey, NASA’s forecast was 99.99998% accurate or the equivalent of forecasting a trip from New York to Boston & being accurate to within four-millionths of a second. – Source

24. A giant virus has been discovered with its own immune system. French scientists found these giant virus defense mechanisms work in a similar way to the CRISPR-Cas system, whereby the virus learns to recognize invaders, capture their genetic material and use this information to destroy them. – Source