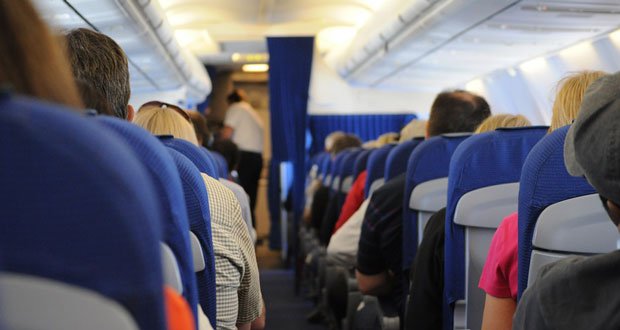 1. Prior to 1996, there was no requirement to present an ID to board a plane. The policy was put into place to show the government was “doing something” about the crash of TWA Flight 800. – Source

2. The US may have adopted the metric system if pirates hadn’t kidnapped Joseph Dombey, the French scientist sent to help Thomas Jefferson persuade Congress to adopt the system. – Source

3. In 1936, Pennsylvania placed a temporary tax on all alcohol sales to help out victims of the Johnstown Flood, and that tax is still charged. – Source

5. In 1929, Princeton researchers opened a cat’s skull and connected the auditory nerve to a telephone. When one researcher spoke in the cat’s ear, the other could hear it through the receiver 50 feet away. The experiment ultimately became the basis for cochlear implants. – Source

6. When Bruce Springsteen was 19, he dodged his army draft by behaving “crazily” during the induction and not writing anything in tests. He later went on to write the song “Born in the USA” which was the singer’s reflection on the plight of American veterans returning home from Vietnam. – Source

7. After the death of Princess Diana, radio station XFM banned certain songs that might upset people. Banned songs included Drive by The Cars, Airbag by Radiohead and anything by the Crash Test Dummies. – Source

8. Adolphe Sax (Inventor of the saxophone) survived a three-story fall, a gunpowder explosion, drinking a bowl of sulfuric water, a near-poisoning due to furniture varnish, and falling into a speeding river all before the age of nine. His neighbors called him “Little Sax, the ghost.” – Source

9. A military psychology tactic in late WWII was to attach whistles onto bombs. As the bombs fell, they made the terrifying decrescendo whistling sound we think of today. The same sound is often dubbed over every type of bomb in movies and cartoons, despite only being used on a few specific bombs. – Source

10. US President Benjamin Harrison had electric lights installed in the White House, but would sleep with the lights on because he was too afraid to touch the switches. – Source

11. Composer Danny Elfman was in a band called Oingo Boingo and he sang the song “Weird Science” from the movie of the same name. – Source

12. Due to intense metabolic demands of flight which in turn cause constant high levels of inflammation, bats have evolved ways to dampen their immune response towards the inflammation and this explains their ability to carry and transmit some of the world’s deadliest zoonotic viruses. – Source

13. To clean up after using the lavatory, ancient Romans used a “tersorium”, a sponge on the end of a long stick that was shared by everyone in the community. When not in use, the stick stayed in a bucket of vinegar or seawater in the communal bathroom. – Source

14. Sweden has the largest scale model of the solar system in the world. It is in the scale of 1:20 million and stretches 950 KM across the country. – Source

15. The Papal election of 1268-71 was the longest in history. It took so long that the Cardinals were locked in, their rations were reduced to bread and water, the roof of their hall was removed, and 3 died of old age. The new Pope changed the rules to stop it from repeating, making the Conclave. – Source