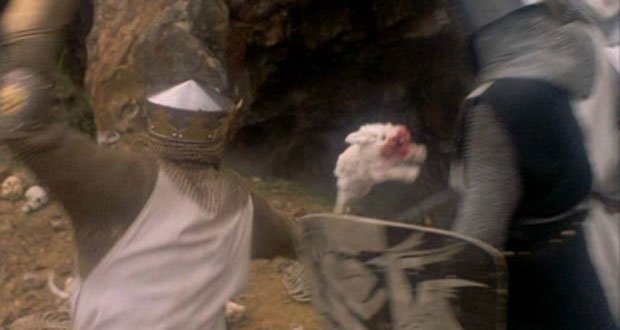 1. The Notre-Dame cathedral features a carving of a knight fleeing from a rabbit, symbolizing cowardice. This carving inspired the Rabbit of Caerbannog scene in Month Python and the Holy Grail. – Source

2. The human brain is estimated to compute at roughly 1 exaFLOP (10^18 operations) per second. The world’s currently largest supercomputer operates at 0.2 exaFLOP/s and consumes 13 Megawatts. Our brain uses 20 watts. – Source

3. Abraham Lincoln’s son was almost crushed by a train, only to be rescued by the actor, Edwin Booth. A year later Edwin’s brother, John, murdered the President. – Source

4. A customer died of a heart attack while eating at the “Heart Attack Grill” in Las Vegas, which gives free meals to patrons weighing more than 350 lbs. – Source

5. Notorious bank robber, Pretty Boy Floyd, allegedly destroyed mortgage documents at the banks he robbed. This meant that many debts were “erased.” – Source 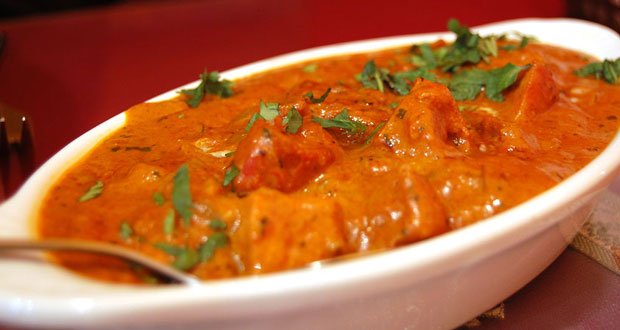 6. Butter chicken was developed in the 1950s by three Punjabi restaurateurs who made it “by chance” by mixing the leftover chicken in a tomato gravy, rich in butter and cream. The dish is India’s most popular curry, not only domestically but also globally. – Source

7. Within the first 5 years of the “Friends Don’t Let Friends Drive Drunk” campaign (begun in 1983), the U.S experienced its lowest number of alcohol-related fatalities since the DOT began keeping records, and more than 68% of Americans reported trying to prevent someone from driving after drinking. – Source

8. Samuel Clemens (Mark Twain) was challenged to a duel against James Laird. Clemens’ marksmanship was so dreadful that his friend, Steve Gillis, shot off the head of a small bird before Laird arrived and told him that Clemens had shot it down. Thus, Laird retreated in fear and canceled the match. – Source

9. Jeff Bezos is building a 10,000 Year Clock inside a remote mountain in West Texas an icon for long-term thinking. It ticks once a year, the century hand advances once every 100 years, and the cuckoo comes out on the millennium and will keep time for the next 10,000 years. – Source

10. Nicolas Cage has a Pyramid Tomb waiting for him in New Orleans when he dies. – Source 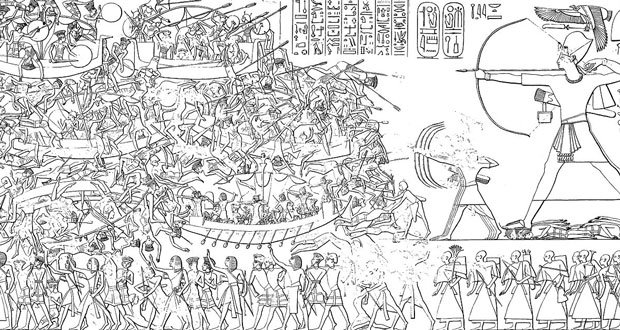 11. At the end of the bronze age (1200-900 BCE) several ancient civilizations were invaded and in some cases conquered by an obscure force of “Sea Peoples”. They were a contributing factor to the Bronze age collapse and their origin is still mostly unknown. – Source

12. The Romans called giving the middle finger ‘digitus impudicus’, the indecent finger. It was historically a phallic gesture, the middle finger being the penis and the curled fingers on either side the testicles. – Source

13. A company in Tokyo decided to make their HQ into a vertical farm. They gave up 43,000 square feet of space to grow food. 200 species of fruits and vegetables are harvested and served to employees. There is a 1000-square-ft rice paddy in the entryway. – Source

14. The first death in WWII was Franciszek Honiok, a German of Polish descent. The Gestapo murdered him and left his body at a radio station that the Gestapo, dressed in Polish uniforms, attacked. The body helped “prove” Polish aggression to justify the Nazi’s invasion of Poland the next day. – Source

15. Led Zeppelin drummer Jon Bonham was told by a sound engineer that he was ‘unrecordable’ and ‘too loud.’ Bonham later sent him a gold certificate of Zeppelin I with a note saying ‘thanks for the advice’. – Source

If cats had pockets what would you find in your cats pockets?