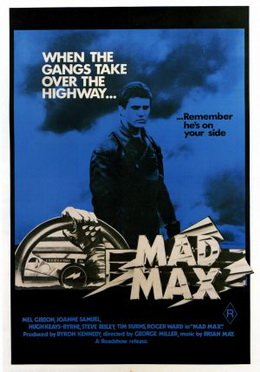 16. George Miller, an M.D. at the time, was inspired to make Mad Max (1979) when he witnessed fights break out during a gas shortage in Australia. He assumed in the future nations would not implement the infrastructure for renewable energy until it was too late and this could lead to a dystopia. – Source

17. Monty Python sued ABC over their censorship of season 4 of their show. ABC had cut punchlines and entire characters. The judge and jury watched two versions of a season 4 episode; a BBC one they laughed at, and an edited ABC one which no one laughed at. The judge ruled in ABC’s favor. – Source

18. After suffering a massive heart attack and thought to be on his death bed, an inmate in Nashville confessed to a decade-old murder as a way to clear his concious before he died. Instead, he made a full recovery. He was then indicted for murder and later convicted. – Source

19. In 1983, the citizens of 15 areas in and around Dallas voted to impose a 1% sales tax on themselves in order to fund the creation of the Dallas Area Rapid Transit. It is now the longest light rail network in the US. – Source

20. Author Tom Clancy died in 2013 but his name is still used on new novels written by ghostwriters. – Source

21. There are microscopic living things in solid rock up to 7 km deep, called Endoliths. So little energy is available they undergo cell division once every 100 years, and some may only divide once every 10,000 years. – Source

22. Mike Rowe launched the mikeroweWORKS Foundation in 2008 to help close the skills gap by challenging the stigmas and stereotypes that discourage people from pursuing the millions of available jobs that don’t require a college degree. – Source

23. Morgan Freeman wears gold earrings based on an old sailor tradition. They were earrings in order to cover their burial in a foreign land. – Source

24. An Irish postman was able to deliver a letter with no written address but had a hand-drawn map of the delivery area with “Here please” written on an arrow pointing to an illustration of a lighthouse. The letter had been sent by a blogger who regularly challenged the postal service. – Source

25. Economy class passengers have lost up to eight inches of legroom and two inches of seat width since the so-called golden age of flying. Seats also have narrower armrests, allowing for an increased number of passengers per flight. – Source