16. Wine mixed with coke is an actual thing and it’s called Kalimotxo, it’s one part red wine and 1 part coke and it’s been around since the 1970s. It has become an icon of Basque culture and one of Spain’s most international drinks. – Source

17. Charlie Daniels objected to the use of “The Devil Went Down to Georgia” in Guitar Hero III because it was possible for the player to lose, which “perverted” his song. – Source

18. Prince Charles inherits the possessions of anyone who dies in Cornwall without a will or next of kin, a power that in some years has yielded hundreds of thousands of pounds. He funnels the money into charities after deducting his costs. – Source

19. In 1994, Microsoft’s Bill Gates, whose fortune is estimated at nearly $7 billion, bought out all the available rooms at the 250-room hotel to keep media from staying there and reportedly hired all the helicopters on Maui to keep photographers from flying over the wedding. – Source

20. A young woman caught making explicit videos of herself at a public library had to pay a $250 fine and was banned for a year. She earned $1,500 for the 3 1/2 hour video she live-streamed at the library. – Source 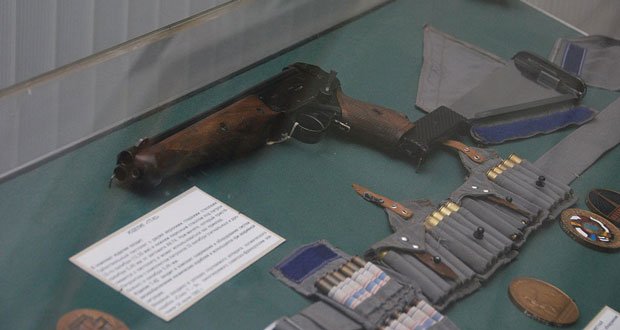 21. Russian cosmonauts used to carry pistols into space in case of a bear attack at their landing site. – Source

22. A 238-lb (108-kg) pot-bellied pig named Ludwig apparently saved his owners from being burgled. The pig can growl in a low rumble that sounds like a large Rottweiler, and his owners believe this scared the burglars away. – Source

23. In 2004, two DJs prank called Fidel Castro by pretending to be Hugo Chavez. 6 months earlier, they had prank called Chavez. They used edited voice clips from the call to convince Castro that they were Chavez. The DJs revealed the prank and called Mr. Castro a killer. He swore at them. – Source

24. David Schiffler, a 3-year-old boy at the time, told his dad he found a dinosaur eggshell while playing in the dirt soon after seeing a movie on dinosaurs, and all he got from his dad was a shrug, “Yeah, right”, but it turned out to be a genuine dinosaur eggshell! – Source

25. Despite the Seven Years’ War between Britain and France, France instructed its ships not to interfere with the Endeavour’s expedition to Tahiti to observe the 1769 Transit of Venus as it was ‘out on enterprises of service to all mankind’. – Source