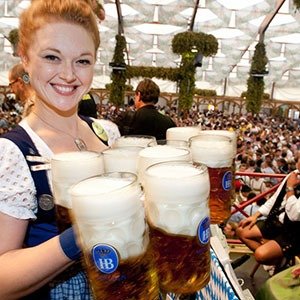 1. Oktoberfest started off as a wedding reception for a Prince in Bavaria in 1810, and the newlyweds enjoyed it so much that they suggested making it an annual event. – Source

2. Tinder, OKCupid and Match.com are owned by the same company, InterActiveCorp, who also own CollegeHumor, Vimeo, and 50 other internet websites. – Source

3. Greg Packer is man whose full-time hobby is giving man-on-the-street interviews so he’ll be quoted in major publications. He’s so successful that Associated Press has banned their reporters from talking to him for stories. – Source

5. Chattanooga’s taxpayer-owned internet in Tennessee is 50 times faster than the average American’s internet, and as fast as Hong Kong’s, the fastest in the world. – Source 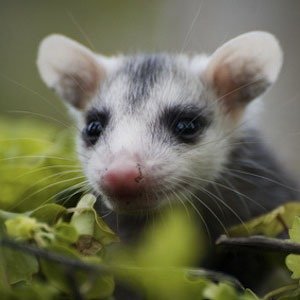 6. There is a creature with the ability to neutralize almost all poisons, even from creatures it has never encountered. One day this ability might be utilized by Humans. This creature is called The Opossum. – Source

7. During WW2, German field marshal Erwin Rommel would often personally pilot a reconnaissance aircraft over the battle to view the situation. Although Rommel did not have a pilot’s license, his skill with machinery made him a competent pilot, and none of the Luftwaffe officers had the nerve to stop him. – Source

8. Icelanders can easily read old Norse, a dead language that was spoken in Scandinavia over 1000 years ago because written Icelandic has changed so little. – Source

9. Sean Connery was offered to play in Manchester United, but chose to decline it and move on to the film industry. – Source

10. Nazi soldiers burned civilians alive in the town of Oradour-sur-Glane during WW2. Charles de Gaulle ordered that the ruins not be removed, and the empty town still exists as it was in June 1944. – Source 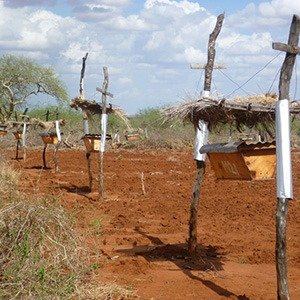 11. Farmers in Kenya are using elephants’ natural fears of bees and building “beehive fences” that keep wild elephants from trampling the crops. It keeps the farms safe, and prevents farmers having to kill elephants to defend their livelihood. – Source

12. The “debate” about vaccines and autism, began after a fraudulent paper was published. The author is no longer licensed to practice. Countless dollars have been spent to debunk his claims, and innocent children have probably died due to his lies. – Source

13. In the 1990s, a national survey found that Mario was more recognizable to American children than Mickey Mouse. – Source

14. When Winston Churchill was warned by the German foreign minister that if WWII were to occur, the Italians would be on the German side, he responded: “That’s only fair – we had them last time.” – Source

15. Dogs’ brains have gotten larger and they’ve have gotten smarter relative to cats largely because dogs are more social. – Source 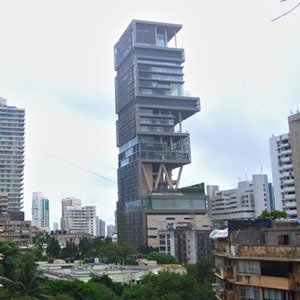 16. India’s richest person, Mukesh Ambani, built a $1 billion home. It has 27 habitable floors, including six parking floors for capacity of up to 168 cars. The house employs a staff of 600 to maintain the home. – Source

17. The Queen of England still maintains an official “champion” to fight on her behalf in duels. – Source

18. The name ‘Aspirin’ was originally a trademark belonging to a German pharmaceutical company ‘Bayer’, but after Germany’s loss in WWI the company was forced to hand over the trademark as a part of the Treaty of Versailles in 1919. – Source

19. The first man to swim the length of Great Britain grew a beard to stop jellyfish stinging his face. – Source

20. Liquid helium has zero viscosity and can flow through microscopic holes and up walls against gravity. – Source 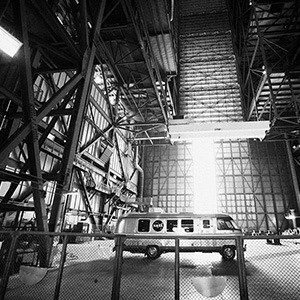 21. NASA Vehicle Assembly building’s interior volume is so vast that it has its own weather, with “rain clouds forming below the ceiling on very humid days.” – Source

22. Johnny Cash was born with the name J.R. Cash because his parents couldn’t think of a name. When he enlisted in the Air Force, they wouldn’t let him use his initials, so he began to call himself John. – Source

23. In 1881, a woman got away with murdering a man who broke off their engagement by using the “hysteria defense,” i.e., a doctor told the jury that “Any virtuous woman when deprived of her virtue would go mad, undoubtedly.” The jury acquitted her in 20 minutes. – Source

25. According to a study by the British Academy of Sound Therapy, the song Weightless by Marconi Union is the most relaxing song ever. – Source

25 Kickass and Interesting Facts About Knifes