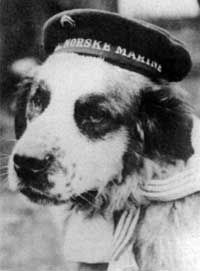 1. A dog was once inducted as an official crew member of a Norwegian fighting ship during World War II. The canine was known for breaking up fights amongst his crew-mates by putting his paws on their shoulders and calming them down. The much-loved dog was buried with full military honors. – Source

2. A guide dog named Roselle led a group of people including her blind owner down 78 flights of stairs before the North Tower collapsed on 9/11. She only stopped to give kisses to a woman who was having a panic attack. – Source

3. The first first-person shooter, Maze, was created in 1973. It included features like corner peeking, AI bots, and 8-player online play. In fact, it was so popular that DARPA had to ban it from ARPANET because half of all network activity for a month was between players at MIT and Stanford. – Source

4. A “Power Ranger” has spent 2 hrs a day helping Tokyo subway riders lug heavy packages and baby strollers up the station stairs, as it has no elevators nor escalators. He said: “Japanese people find it hard to accept help, they feel obligated to the other person, so the mask really helps me out.” – Source

5. Matthew McConaughey originally auditioned with Kate Winslet for ‘Titanic’ (1997) and was confident he got the role of Jack, but Leonardo DiCaprio interviewed next and James Cameron said every woman in the building showed up for the meeting so he thought, ‘maybe I should cast this guy’. – Source 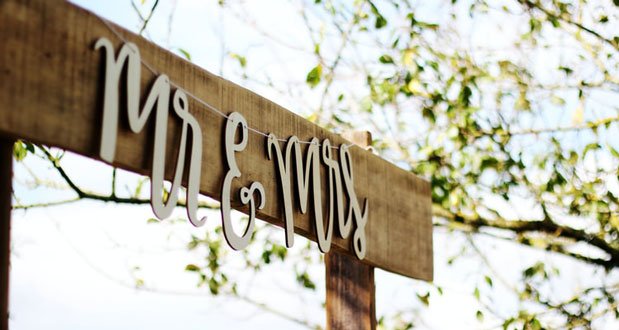 6. There is an inverse correlation between the amount of money spent on a wedding, and how long the marriage lasts. The more people spend on the ceremony, the more likely the couple will get divorced. – Source

7. Police are called to Walmart stores 3-4 times as often as they are to other big-box retailers like Target. 25% of all arrests in St. Petersburg, FL, and 92% of larceny calls in Granite Falls, NC are attributed to single Walmart locations in each city. – Source

8. As they became domesticated (in a remarkably short time), dogs evolved specific muscles that allow them to raise their inner eyebrows to manipulate human emotions. Dogs who made the facial movement enabled by these muscles are more likely to be adopted from a shelter than those who don’t. – Source

9. Serena Williams, often considered to be one of the greatest tennis players of all-time, voiced Ming the Prison Guard on “Avatar: The Last Airbender”, after she said it was her “favorite show”. – Source

10. The Beatles fired drummer Pete Best in favor of Ringo Starr, he formed a new band and released the album: “Best of the Beatles”, a play on his own name. This led to disappointment from fans who bought the album without reading the tracklisting. – Source 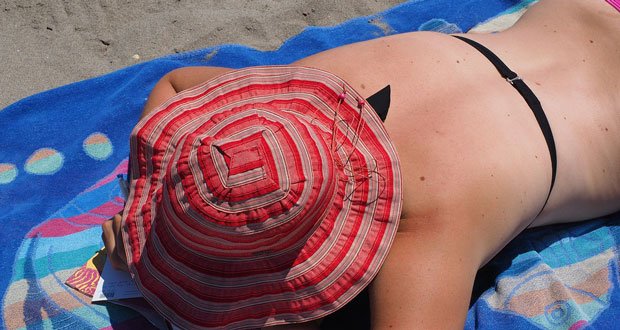 11. When your skin gets sunburned, it’s because your skin cells are basically committing suicide so that they don’t become cancerous. – Source

12. When a French scientist wrote that American wildlife was physically inferior to European wildlife, Thomas Jefferson was so offended that he got a group of soldiers to find and send the scientist a bull moose from New Hampshire to prove the “stature and majesty of American quadrupeds.” – Source

13. The reason that ranchers keep a donkey with their herd animals is that if they see a threat like a coyote, the donkeys will kick the living sh*t out of them to protect the herd. – Source

14. Singapore’s street food is so good that some street vendors are awarded Michelin stars for their food! – Source

15. For nearly a century, Jimmy Red corn was used by bootleggers to make moonshine whiskey. The variety nearly went extinct in the early 2000s, but two remaining ears of corn were used to revive it. – Source

The Best Names For Energetic Dogs