16. The violin of Wallace Hartley, lead musician on the Titanic, was recovered along with his body after the ship’s sinking. As recently as 2013 it was sold for $1.7million. – Source

19. Armageddon refers to and is derived from Megiddo “mount”, specifically its Hebrew name “Har Megiddo”. It is not actually a mountain, just a small hill in Israel. – Source 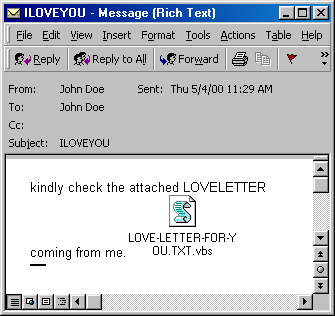 21. The ILOVEYOU virus was one of the world’s most destructive computer viruses. Created by Filipino college student Onel de Guzman, this computer worm caused US$5.5–8.7 billion in damages worldwide. This led the Pentagon, CIA, and other corporations to shut down their mail systems. – Source

22.The medieval Venetian glass was so successful and secretive that glassmakers were forbidden from leaving the city on pain of death. – Source

23. There was an incident that caused a spike in airborne radioactivity over Europe in autumn 2017. The Russian Mayak nuclear plant is widely suspected as the source of the radiation but never confirmed. – Source

24. Alien’s entire cast including Sigourney Weaver was originally just genderless last names, and they then picked the best person for each character, then chose the first name for them. – Source

25. The Great Lakes of North America are only a few thousand years old. They were formed when the ice sheets of the most recent glacial period began to recede about 14,000 years ago, filling the basins they left behind with water. – Source