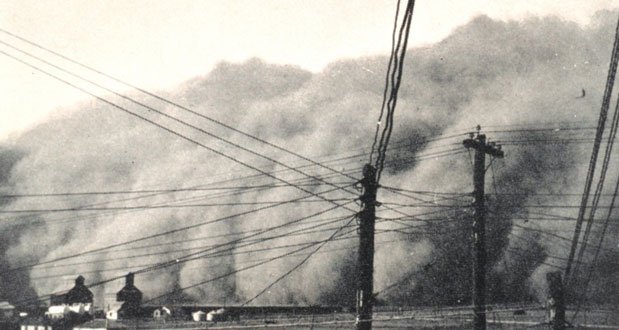 1. During the Dust Bowl in the 1930s, storms were so severe that its clouds blew smoke as far away as Boston, MA. Red snow fell on New England in winter 1934-1935. It was the largest American exodus in history, with over 86k relocating to California. 1/8 of CA’s populace is of “Okie” heritage. – Source

2. Budapest, Hungary declares lomtalanítás or “get-rid-of-junk” days where residents pile mountains of trash in the streets. Scavengers, scrappers, and collectors sift through the piles before sanitation workers clean it all up. – Source

3. Before asbestos was seen as hazardous, a Han dynasty general had a jacket made from it. He would pretend to spill wine on it at dinners. Then he’d throw it into a fire and pull it out to show it was still intact to impress his guests. – Source

4. During the early years of the Tour de France, guzzling alarming amounts of alcohol was the norm. Beer, wine, and brandy were considered safer to drink than water from questionable roadside wells or springs, and cyclists drank copiously. – Source

5. In 1997, a series of Ponzi schemes run by the Albanian government collapsed. 2/3rds of the citizenry were invested. This lead to mass protests. And the formation of gangs, who took control of entire cities. These gangs seized weapons from military bases and started a full-blown civil war. – Source 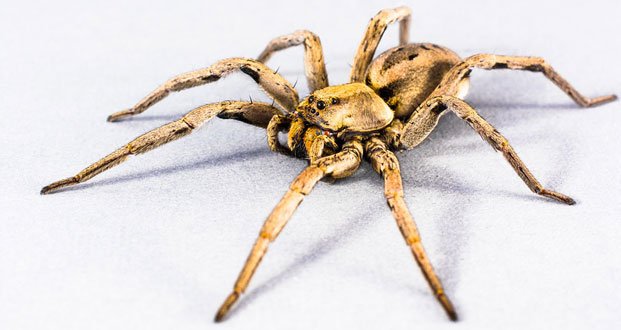 6. In 2015, police in Australia were called to a flat after neighbors were woken by the sounds of screaming, yelling, and destruction of furniture. It turned out to be a man trying to kill a spider. – Source

7. The 1936 film ‘Circus’ – Stalin’s favourite and the most successful of all time within the Soviet Union was about an American woman with a Mixed Race son, who finds acceptance in the USSR. The movie’s climax had the boy being held and sung to lovingly by various Soviet ethnic groups. – Source

8. A network of centuries-old tunnels under the city of Puebla, Mexico, was considered an urban legend until they were dediscovered in 2015. – Source

9. Gerald Ford intended to retire from the US House of Representatives in 1976. Upon being nominated as Vice President he told his wife the Vice Presidency would be “a nice conclusion” to his career. – Source

10. The sky on Mars is red and its sunsets are blue, exactly the opposite of Earth’s. – Source 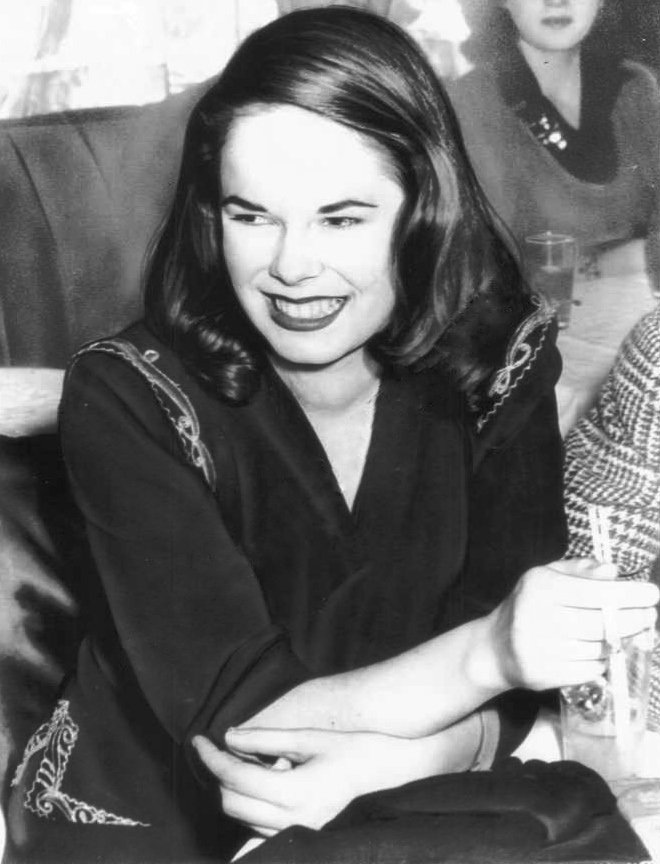 11. Charlie Chaplin’s widow, Oona O’Neill, became the victim of an extortion plot when his coffin was stolen from his grave by two unemployed mechanics who demanded a ransom. Two months later the coffin was found and reinterred, and O’Neill was buried next to him upon her death. – Source

12. In 2008, a team of medical scientists built a “bioartificial heart”, where they took a cell-less heart framework and reseeded it with cells. By the eighth day, the structure was able to beat and pump like a natural heart. – Source

13. During a US WWII bombing mission in 1944, 1st Lt. Bill Lawley, took control of a severely damaged B-17, managed to evade 20 attackers, pull out of a steep dive, and refused to bail-out with the rest of the crew as 2 team members were wounded. He was subsequently awarded the Medal of Honor. – Source

14. The Canadian ice hockey team was so dominant that they did not participate in the knock-out tournament of the 1930 World Championships. They were put straight into the gold medal final game, and the tournament was played to determine an opponent. Canada won 6-1 in the final to claim the gold. – Source

15. On 27 April 2011, 360 total tornadoes were confirmed to have touched down in 21 states spanning from Texas to New York and southern Canada, killing 348 in total and making it the largest and deadliest tornado outbreaks recorded. – Source