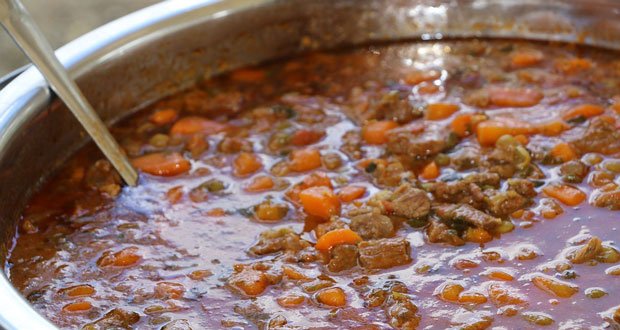 1. Curry was introduced to Japan by the British. The British brought curry from India back to Britain and introduced it to Japan after it ended its policy of self-isolation. Curry in Japan is categorized as a Western dish. – Source

2. In 1915, a pilot planned a stunt to drop a baseball into an MLB coach’s glove from a plane during a flyover. As a prank she dropped a grapefruit instead; it exploded in the coach’s glove and covered him in the red pulp, and he was convinced he was seriously injured and bleeding to death. – Source

3. Nova Scotia gives Boston a Christmas tree every year as thanks. In 1917, a ship carrying explosives exploded near the city of Halifax, killing 1,500 people immediately and hundreds in the next few weeks. The city of Boston immediately sent doctors, supplies, and money by ship and train to help. – Source

4. An Elmo cameo was written for the 2011 Muppets film but was stopped by Children’s TV Workshop lawyers. Ironically, the scene featured the Muppets attempting to recruit Elmo but getting stopped by his lawyers. – Source

5. The former president of SEGA gave the company $730M as part of his death will, in the form of stocks and debt forgiveness, covering the loss from the Dreamcast failure. – Source

6. Howard Stern mocked Selena’s murder and burial, poked fun at her mourners, criticized her music, and said that Spanish people had the worse taste in music. Stern then played Selena’s songs with gunshots in the background on his show. – Source

7. The reason Yukon Cornelius keeps licking his ax in the “Rudolph the Red-Nosed Reindeer” special is because he’s looking for peppermint. The scene explaining that was deleted. – Source

8. Benson rafts were huge rafts up to 1000 feet long made of thousands of logs lashed together that used to be floated across 1,100 miles of open ocean from the mouth of the Columbia River to San Diego as a cheaper alternative to sending the logs by rail. – Source

10. The phrase “live in the boonies” comes from the word Boondocks which in turn comes from the Philippine (Tagalog) word Bundok which means mountains, or an out of the way rural area. – Source 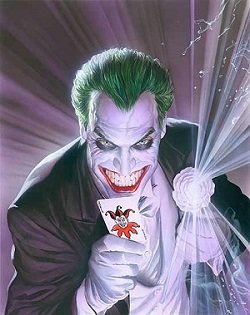 11. The Joker character in Batman myth was based on a character in ‘The Man Who Laughs’, a 1928 movie about a man who is disfigured with a permanent grin. The movie is based on Victor Hugo’s 1869 novel of the same name, meaning that the Joker’s origins are 150 years old. – Source

12. The reason why the snowman is abominable, is because of a mistranslation by a journalist. The local name for the creature was “metoh-kangmi” which translates to “man-bear snow-man”, but the metoh part was mistranslated as filthy which got later changed to abominable. – Source

13. After the 1980 Irpina Earthquake hit Southern Italy, the corruption was so bad that only 1/4 of the 40 billion dollar rebuilding fund got spent on relief. The rest got distributed among politicians and the mafia. – Source

14. Mia Farrow agreed to appear in her husband Frank Sinatra’s 1968 film, The Detective but declined when her filming schedule for Rosemary’s Baby overran. Sinatra then served her divorce papers in front of the cast and crew. – Source

15. In the silver fox domestication experiment, the tamest foxes were selected to be bred, generation after generation, to see what happened: they became very tame very fast, developed floppy ears and curly tails, and some got mottled coats, just like other domesticated animals. – Source