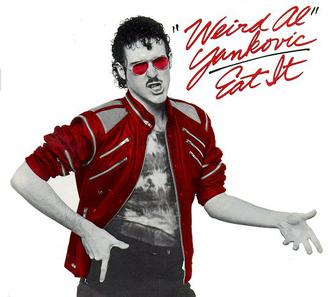 1. In 1984, Weird Al Yankovic’s single “Eat It” reached number 1 in Australia. It outranked the song that it was making a parody of, Michael Jackson’s “Beat It,” which only reached number 3. – Source

2. The Asoh defense is a term for just taking the blame when you’re at fault. It’s named after a Japanese pilot named Kohei Asoh, who crash-landed a full passenger jet in the San Francisco Bay. When asked what happened, he said: “As you Americans say, I f-cked up.” – Source

3. The Glass Armonica is a musical instrument invented by Ben Franklin. Inspired by playing glass cups, bowls were mounted on a rotating spindle allowing a musician with wet fingers to play music. Mozart and Beethoven wrote for it but after 60 years strange rumors spread and it fell out of use. – Source

4. A pair of man-made structures which are older than the pyramids, one of which has been dated to be among the oldest known human structures on earth, are located on the LSU campus and were used for tailgate parties as recently as 2010. – Source

5. The person who discovered the double-helix structure of DNA was Francis Crick, who was high on LSD when he deduced it. – Source 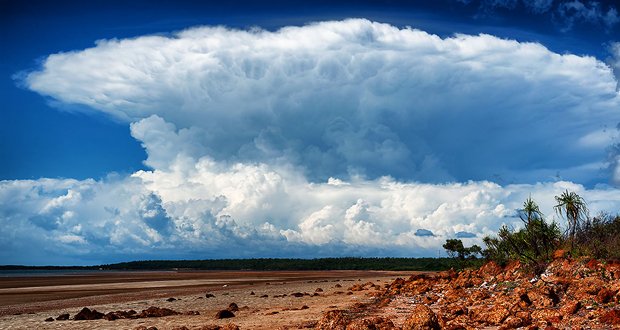 6. There is a thunderstorm named “Hector the Convector” that forms daily each afternoon, year after year, from September to March on the Tiwi Islands in Australia. – Source

7. The US post office turns children’s letters to Santa into a giant gift registry that allows citizens to fulfill children’s Christmas wishes. – Source

9. Apollo 11 astronauts had to sleep on the cold lunar module floor but astronauts from Apollo 12 were provided with adjustable hammocks which helped reduce the cooling effects of contact with the cabin floor. – Source

10. The reason you can see corn in poop is because corn kernels are coated in cellulose, which is strong enough to withstand the rigors of the human digestive system. – Source 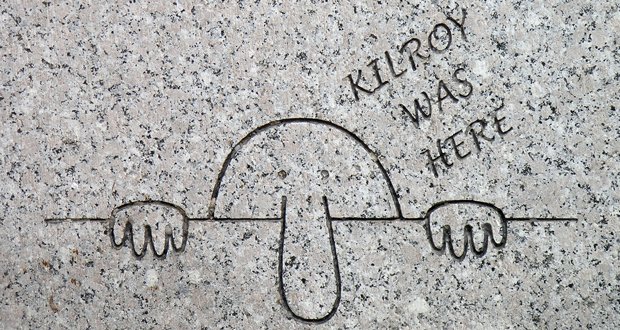 11. “Kilroy Was Here” became popular during WWII & Stalin is rumored to have seen it in a bathroom stall. – Source

12. Italian Enrico Fermi was on the verge of developing bombs for Benito Mussolini when he found out that Italy’s anti-Jewish laws affected his wife, and sailed for the US using prize money from his 1938 Nobel Prize award. He later helped develop the nuclear bombs the US later used on Japan. – Source

13. A team from New Zealand built a special, tiny treadmill, to help a kiwi named Ruata rebuild strength in an injured leg. – Source

14. Not all dogs that lead blind people are “Seeing Eye Dogs.” In order to be a Seeing Eye Dog, the dog must be trained at The Seeing Eye – the oldest existing guide dog school in the world. Dogs who are trained at other schools are known as “guide dogs.” – Source

15. In 2011, after being lost at sea for 33 days, a man finally washed ashore in the Marshall Islands. He then discovered that his uncle, believed to have drowned at sea about 50 years earlier, had also wound up on the same island and started a family there. – Source