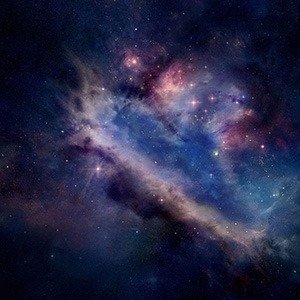 1. The theory of an infinite universe was first proposed by a Greek philosopher named Archytas of Tarentum ~400 B.C., reasoning that even if he did reach the end of the universe he would still be able extend his staff beyond the boundary. – Source

3. Vanilla Ice originally released “Ice Ice Baby” as a B-Side to his first single, “Play That Funky Music.” The song did not do well, but a DJ in Columbus, Georgia accidentally played the B-Side giving birth to the mainstream success. – Source

4. When Google became a publicly traded enterprise, founders Sergey Brin and Larry Page and CEO Eric Schmidt requested that their salary be cut to $1. Subsequent offers by the company to increase their salaries have been declined because their main compensation comes from owning stock in Google. – Source

5. Despite being a minor background detail, the roaches in Half-Life had AI that would seek out food and react to other creatures and changes in the environment – Source 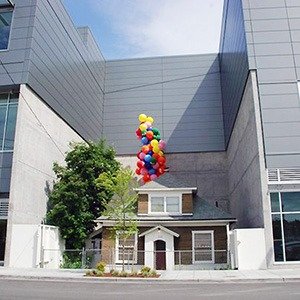 6. There was a woman named Edith Macefield who did not sell her house to make way for a commercial development project in Seattle. When she died, she willed the house to the leader of the construction project “in gratitude for the friendship he had shown her during the construction.” – Source

7. As a peasant in the feudal age, you had no right to mill you own grain. Millwrights would come to your house and break your milling equipment to enforce their monopoly. This is the reason many quern-stones are found in broken condition. – Source

8. John C. Mcginley (the actor who played Dr. Cox in Scrubs) uses girl names to refer to all his real friends. He also uses Cox’ signature whistles in regular conversation, calling it “a bad habit”. – Source

9. One of the most powerful earthquakes recorded in US history, the New Madrid Earthquakes of 1811-1812, were so powerful that they reversed the flow of the Mississippi River, rang church bells in Boston, and cracked sidewalks in Washington D.C. – Source

10. On the Price is Right taping in September 2008, the Showcase results were halted for 45 minutes because a contestant had bid the EXACT price ($23,743). Drew Carey claimed he read out the result on-air as deadpan as possible because he was worried the show was crooked and he’d go to jail. – Source 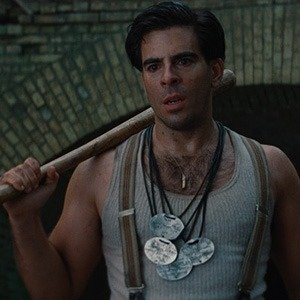 11. To get into character as The Bear Jew in Inglourious Basterds, Eli Roth listened to Hannah Montana songs and thought about what it’d be like if he was Hannah Montana because it took him “to a place of insanity.” – Source

12. Zach Galifianakis once asked the grand wizard of the KKK if he’d ever seen Big Momma’s House 3. – Source

13. After the 18th Amendment was repealed in 1933, Yuengling sent a truckload of “Winner Beer” to President Franklin D. Roosevelt in appreciation, which arrived the day the amendment, was repealed. It is particularly notable since Yuengling beer takes almost three weeks to brew and age. – Source

14. John Lennon once called an ’emergency board meeting’ of the Beatles in order to inform his band mates that he’d realized, while tripping on acid, that he was the second coming of Jesus. – Source

15. Albert Einstein used to charge people $1 for an autograph. He then donated this money to charity. – Source 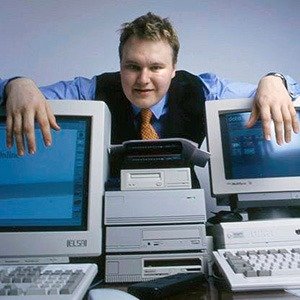 17. The Chernobyl fireman who claimed they didn’t know that the Chernobyl meltdown flames were radioactive, 20 years later said “Of course we knew! If we’d followed regulations, we would never have gone near the reactor. But it was a moral obligation, our duty. We were like kamikaze.” – Source

18. Harry D. Andrews (1890-1981) was declared dead from spinal meningitis and then revived with experimental adrenaline. He then served for France in WWI. He later found out that his fiancé left him. He then proceeded to carry 56,000 pails of stone from a river to build his own three story castle. – Source

19. James D. French was an American murderer who was put to death in 1966 by the electric chair. His last words were: “How’s this for your headline? ‘French Fries'”. – Source

20. Despite very heavy resistance, the Canadians made it farther inland than any other landing force on D-Day. – Source 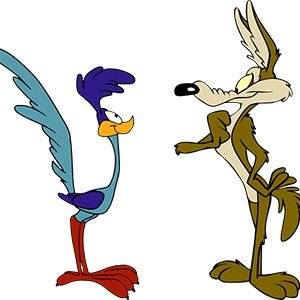 21. Wile E. Coyote catches Roadrunner only once on the 31st anniversary episode of the series. He then holds up a sign that says “Okay wise guys, you always wanted me to catch him. Now what do I do?” – Source

22. If each star in our galaxy had a trillion planets, with a trillion people living on them, and each of these people has a trillion packs of cards and somehow they manage to make unique shuffles 1,000 times per second since the Big Bang, they’d only be starting to repeat shuffles now. – Source

23. British prisoners of war during WW2 were a huge morale drain on the German people. Often they’d get their captors arrested by filing fallacious complaints about their treatment in the camps. – Source

24. African-Americans gained Irish surnames (e.g. Shaquille O’Neal) because Irish and Blacks lived side by side in the poorest parts of port towns in 19th century America. – Source

25. Wheelchair athletes with spinal injuries will sometimes intentionally injure themselves on the lower body (e.g. break a toe), causing their bodies to respond by raising blood pressure and enhancing their performance. This practice has been banned as cheating. – Source

10 More Weird, Wild, and Wonderful Fruits you should try