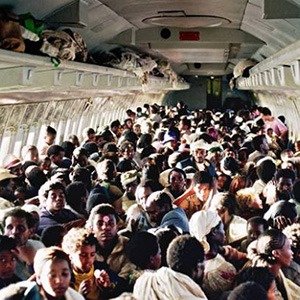 1. The record for the most passengers on an airplane was set in 1991 when 1086 Ethiopian Jews were evacuated on a Boeing 747 to Jerusalem. The plane landed with 1088 passengers as two babies were born during the flight. – Source

2. Ferrero, the Nutella-maker, now a giant company based in Alba, Italy, uses about a quarter of the world’s hazelnut supply -more than 100,000 tons every year. – Source

3. In January 1997, the capitol of Ghana rioted over accusations of penis snatching wizards. Several people were killed by mobs who accused them of using magic handshakes to kidnap penises and hold them for ransom. – Source

4. A few days after the Oklahoma City Bombings, a severed left leg was found in the rubble. DNA evidence showed that it was from a victim named Lakesha Levy. When they went to return her leg, it was found that she was already buried with one. It is unknown who the buried leg belongs to. – Source

5. In 1906, Mary Astor planned the release of 10,000 imported Brazilian butterflies at her Debutante ball housed in nets lining the ceiling. They didn’t take into account the heat of the lights, and her party ended with 10,000 dead insects showering her party guests. – Source 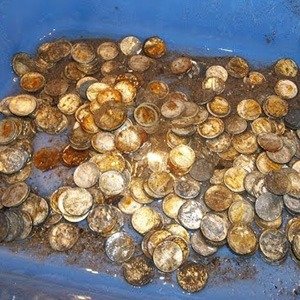 6. In 2013, UK man named Wesley Carrington unearthed a hoard of Roman gold coins worth $156,000 within 20 minutes of his first time using a metal detector. – Source

7. When Richard Nixon’s secret “enemy list” was leaked to the media, journalist Daniel Schorr read the names on live TV. Not having read it before going on air, he was surprised to see his own name as number 17. – Source

8. Cold sores can be spread to the genitals causing genital herpes, and up to 50% of new genital herpes cases are caused by oral sex from a partner that has cold sores. – Source

9. Croissants are Austrian, not French. – Source

10. The tiny town of Inakadate in Japan invented the practice of rice paddy art whereby 4 different strains of rice are planted in a pattern so that they form a picture once the rice matures. – Source 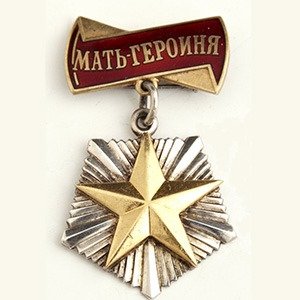 11. Only one Soviet male was awarded the “Mother Heroine Medal” (reserved for women who bore at least 10 children), because he adopted 12 children. – Source

12. During the 1977 New York blackout, a number of looters stole DJ equipment from electronics stores and as a result, the hip hop genre, barely known outside of the Bronx at the time, grew at an astounding rate from 1977 onward. – Source

13. Until the late 1400s the word ‘girl’ just meant a child of either sex. If you had to differentiate between them, male children were referred to as ‘knave girls’ and females were ‘gay girls’. Equally, a boy could be called a ‘knave child’ and a girl a ‘maiden child’. – Source

14. US government commissioned a team of artists and scientists to devise ways to warn humans 10,000 in the future of buried radioactive waste. One suggestion was to breed cats whose fur changed color when exposed to radiation and then immortalize the cats in song and legend. – Source

15. Monty Python’s Life of Brian was mainly financed by George Harrison after EMI withdrew their funding. Harrison put up the money for it as he “wanted to see the movie” (this was later described by Terry Jones as the “world’s most expensive cinema ticket”). – Source 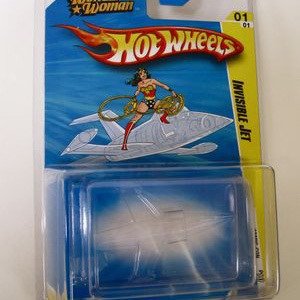 16. Mattel made and sold Wonder Woman’s “invisible jet” as a collectible. The package was an empty plastic shell with nothing inside, and was originally intended as an April Fool’s joke. – Source

17. Voice actress Kathryn Beaumont voiced Alice from “Alice in Wonderland” at age 13, and again at age 64 for “Kingdom Hearts.” – Source

18. Research shows that you are more likely to have a creative epiphany when you are doing something monotonous, like fishing, exercising or showering. – Source

19. In 1971, Hunter S Thompson ran for Sheriff of Aspen. His campaign included replacing the streets with grass, allowing controlled drug sales, and renaming Aspen “Fat City.” His candidacy was so strong that the other two candidates colluded in order to stop him from winning. – Source

20. Tasmanian tigers were hunted to extinction because people believed they preyed on their sheep and poultry. In fact, Tasmanian tigers have jaws that are so weak they can’t kill anything larger than a possum. – Source 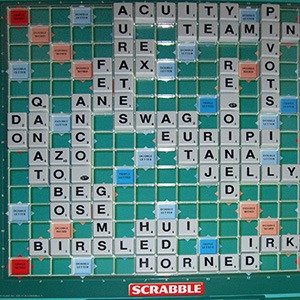 21. To decide on letter distribution, Scrabble inventor Alfred Butts studied the front page of The New York Times and did painstaking calculations of letter frequency. His basic cryptographic analysis of our language and his original tile distribution have remained valid for almost three generations and billions of games played. – Source

23. To avoid boredom while in a POW camp during the Korean War, Lt. John Thornton would ride an imaginary motorcycle around. He did this every day until the guards called him to their headquarters and took away his imaginary motorcycle stating that it was against rules and regulations. – Source

24. Benjamin Guggenheim, heir to mining magnate Meyer Guggenheim, dressed in his finest suit, had a glass of brandy and smoked a cigar as the Titanic sank. He said “Tell [my wife] I played the game out straight to the end. No woman shall be left aboard this ship because Ben Guggenheim was a coward.”

25. Night vision goggles are green because the human eye can differentiate more shades of green than any other color. – Source