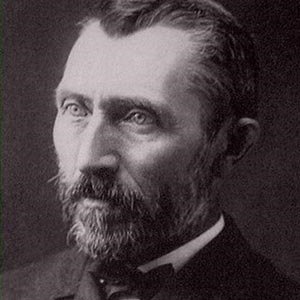 2. An art professor from Syracuse University created a single tree that bears 40 different types of fruit after learning that an orchard full of 150-200 year-old native fruit trees was going to be destroyed at the New York State Agricultural Experiment Station. – Source

3. Takao Doi, an astronaut with the Japan Aerospace Exploration Agency, did an experiment while visiting the International Space Station in 2008, where he threw a boomerang. It returned to him. As long as there is air to provide the necessary forces, a boomerang will return to its thrower, even in the weightlessness of the Earth’s orbit. – Source

4. MRI scans show that after an eight-week course of mindfulness practice, the brain’s “fight or flight” center, the amygdala, appears to shrink. This primal region of the brain, associated with fear and emotion, is involved in the initiation of the body’s response to stress. As the amygdala shrinks, the pre-frontal cortex – associated with higher order brain functions such as awareness, concentration and decision-making – becomes thicker. – Source

5. Iran has eliminated waiting lists for kidneys transplants entirely by paying its citizens to donate. The government pays donors $1,200 and provides one year of limited health-insurance coverage. In addition, kidney recipients pay donors between $2,300 and $4,500. – Source 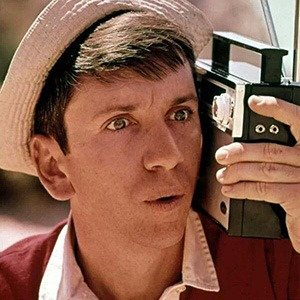 6. In 1992, actor Bob Denver revived his “Gilligan’s Island” character and was “rescued” from his island by a group of children as part of a fund-raiser for the Make-A-Wish Foundation. Denver, who played Gilligan on the 1960s television show, dressed in his old costume to help raise money. – Source

7. In 2007, a 75-year-old woman from Virginia named Mona Shaw, smashed up a Comcast office with a hammer from being fed up with their poor customer service. – Source

8. Leonardo Da Vinci’s last words were, “I have offended God and mankind, by doing so little with my life.” – Source

9. Babies learn a language by hearing it, but they must hear it spoken directly to them in person by another human being. As little as 12 hours with a human tutor produces dramatic results in babies, compared to no results even after many more hours of exposure to foreign language TV shows. – Source

10. In 2008, an Ohio man named Andrew Vactor was sentenced to listening to classical music by the likes of Bach, Beethoven and Chopin for 20 hours, after being caught for playing rap music too loud, as an alternative to paying a full fine of $150. He only lasted 15 minutes before leaving. – Source 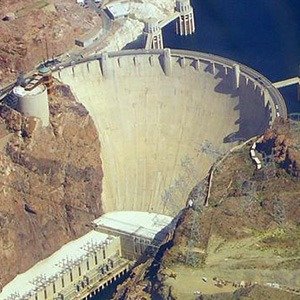 11. One common misconception is that the Hoover dam was built with a single, continuous concrete pour. Since concrete contracts & heats up as it cures, if all of the 3.25 million cubic yards of concrete was poured at once, it would have taken 125 years for the concrete to cool off. – Source

12. In a 2009 paper, researchers found that the widespread introduction of television across India was associated with decreased acceptability of domestic violence against women, increases in women’s autonomy and an overall decrease in the country’s fertility rate. – Source

13. Jewish composer Irving Berlin struggled to pen a Christmas song for the film Holiday Inn. Finally, after finishing “White Christmas”, he said “Not only is it the best song I ever wrote, it’s the best song anybody ever wrote!” According to the Guinness World Records, the version sung by Bing Crosby is the best-selling single of all time, with estimated sales in excess of 50 million copies worldwide. – Source

14. In 1896, the coronation of Tsar Nicholas II was held in Moscow. At the invitation of the new tsar, every Russian was welcome. More than 120 million people were expected. All were promised free food, beer, gifts, and entertainment. The night before the coronation, made anxious by rumors of food and gift shortages, people pushed toward the barricades that guarded the entrance to the fairground in order to be the first in line when the gates opened. The barricades fell under pressure, the crowd surged, followed by stampede. Thousands were wounded and over 1300 were dead. – Source

15. The “X” as an abbreviation for Christ (as in “Xmas”) dates back at least 1,000 years and has nothing to do with secularists – Source 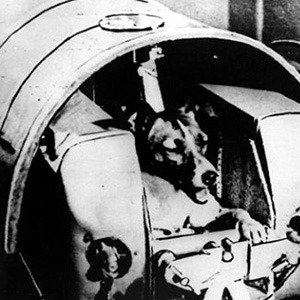 16. Laika, the first dog in space, did not die peacefully of poison after six days as initially reported, but rather within seven hours of launch, likely due to overheating caused by a faulty temperature control system. – Source

17. Splenda (Sucralose) was discovered in 1976 by scientists at Queen Elizabeth College. While researching ways to use sucrose and its synthetic derivatives as an insecticide, a foreign graduate student was told to test a chlorinated sugar compound, but he thought he was asked to “taste” it, so he did. He found the compound to be exceptionally sweet. – Source

19. Florida senator Charles W. Jones “went on vacation” in the middle of his term in 1885. He never came back, and eventually turned up homeless and insane in the streets of Detroit. – Source

20. In 2002, the front page headline on New Jersey’s Trentonian newspaper read “Roasted Nuts” for a story about a fire at a state psychiatric hospital, even though none of hospital’s 450 patients were injured by the fire. – Source 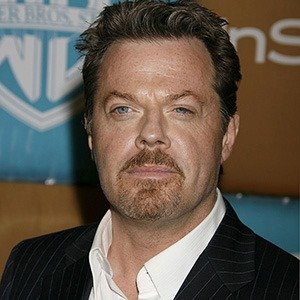 21. In 2009, British comedian Eddie Izzard completed 43 marathons in 51 days, in spite of having no prior history of long-distance running. – Source

22. In 1922, workers renovating the Ireland’s Leap Castle found a secret dungeon hidden behind a wall in the corner of the Chapel. When they explored the sinister dark hole further, they found enough human skeletons amassed on top of wooden spikes that it took three cart loads to remove them. – Source

23. The Doodler is an unidentified serial killer believed to be responsible for 14 slayings and three assaults of men in the gay community of San Francisco, California between January 1974 and September 1975. The nickname was given due to the perpetrator’s habit of sketching his victims prior to having sex with them and then stabbing them to death. Police questioned a young man as a murder suspect in the case but could not proceed with criminal charges because the three surviving victims did not want to “out” themselves by testifying against him in court. – Source

24. The main reason the Olsen twins landed the role of Michelle Tanner in Full House is because they were the only babies who did not cry during the audition. – Source

25. Ant hill garnets are small gemstones that are ‘mined’ by ants in a few places in Arizona. Ants find the garnets while digging their anthills, drag them out, and discard them on the surface – Source

How to spot a liar (Infographic)