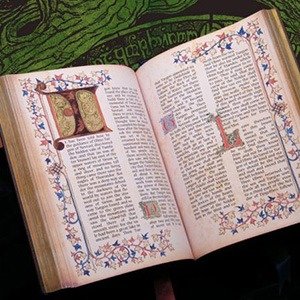 1. A German art student named Benjamin Harff, decided, for his exam at the Academy of Arts, to hand-illuminate and bind a copy of J.R.R. Tolkien’s Silmarillion. It took him six months to finish it. In a very 21st century elvish-monk style, he hand-illuminated the text which had been printed on his home Canon inkjet printer. – Source

2. The Hippocratic Oath calls for doctors to teach the offspring of their teachers the art of medicine, free of charge. – Source

3. In 1990, Japanese schoolgirl died of concussion after a teacher slammed a heavy metal gate into her head because the gate had to be closed exactly at 8:30 and she was late. – Source

4. The man who was the original voice of Charlie Brown in “Peanuts” television specials was sentenced in 2013 to a year in jail for threatening his former girlfriend and stalking her plastic surgeon. The judge told him “Don’t be a blockhead,” borrowing a line from Charlie Brown’s friend Lucy. 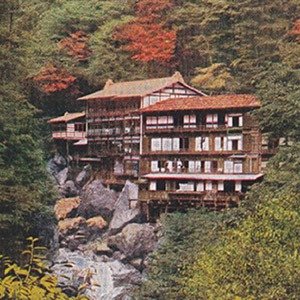 6. The oldest running company still in operation today is a hotel in Japan named Nishiyama Onsen Keiunkan, which was created in 705 A.D. That gives it a history of over 1,300 years of continuous operation. It is today run by the 52nd generation of the same family. – Source

7. Studies have shown that alcohol prohibition (dry) counties have higher rates of alcohol-related traffic fatalities than do wet counties. Wet and dry counties are often adjacent, which means that alcohol beverage sales outlets are often located immediately across county or even state lines. Residents of dry counties are more likely to be involved in such crashes, possibly because they have to drive farther from their homes to consume alcohol, thus increasing impaired driving exposure. – Source

8. Roy Raymond, the founder of Victoria’s Secret sold the company in 1982 for $1 Million and killed himself in 1993 by jumping off the Golden Gate Bridge. – Source

9. Captain Jean-Luc Picard did originally have a French accent, but it was scrapped because no one could take it seriously. According to Patrick Stewart, “it sounded like Inspector Clouseau.” – Source

10. The English boy band Blue were in New York City on 9/11 and they witnessed the attacks on the World Trade Center. The following month, Blue were being interviewed by British newspaper The Sun and Ryan commented that “This New York thing is being blown out of proportion” and asked “What about whales? They are ignoring animals that are more important. Animals need saving and that’s more important.” This caused them to lose a US record deal. – Source 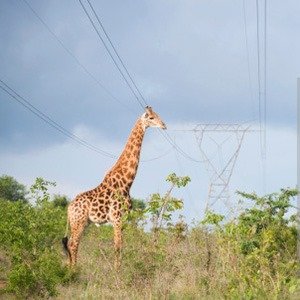 11. In Mozambique, overhead power lines have to be at least 12 m (39 ft) high to permit safe passage of giraffes beneath the lines. – Source

12. An Ohio morgue attendant admitted to having sex with at least 100 corpses between 1976 and 1992 while working the night shift. His wife said that he reeked of sex when she picked him up from work. She said she called the coroner’s office and reported him, but the morgue supervisor told her to stop calling. – Source

13. Alexander Graham Bell (the inventor of the telephone) learned the Mohawk language and translated its then unwritten vocabulary into Visible Speech symbols. For his work, Bell was awarded the title of Honorary Chief and participated in a ceremony where he donned a Mohawk headdress and danced traditional dances. – Source 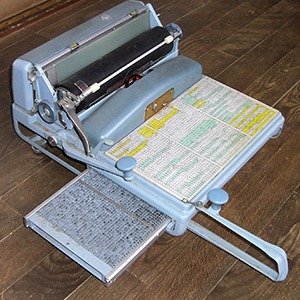 16. Japanese typewriters didn’t have thousands of keys. They only had one key. It used hunt-and-peck typing method. – Source

17. The Kodak Company used a 13-month calendar from 1924 to 1989 and George Eastman pushed for its worldwide acceptance. – Source

19. Otto Rahn was an SS officer in the 1930’s who was, homosexual, believed to be Jewish, fascinated with finding the Holy Grail, and is described to be the inspiration for Indiana Jones and the Raiders of the Lost Ark. – Source

20. A cinemagoer who complained that an explosion seen in a trailer for Tom Cruise thriller Jack Reacher did not make the final cut got his money back. – Source 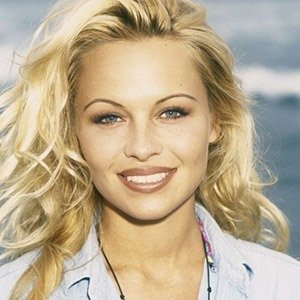 21. Pamela Anderson got some press coverage right after her birth as the country’s “Centennial Baby,” having been the first baby born on July 1, 1967, the 100th anniversary of Canada’s official founding via the Constitution Act, 1867. – Source

22. You don’t need to do anything special to legally change your last name in the UK. You just write on a piece of paper what your previous name was, what you want your new name to be, and get it signed by two people. It works for passports and everything. – Source

24. There are giant clouds of alcohol floating in space. Near the constellation Aquila, a cloud 1000 times larger than the diameter of our solar system contains enough ethyl alcohol to fill 400 trillion trillion pints of beer. To down that much alcohol, every person on earth would have to drink 300,000 pints each day for one billion years. – Source

25. A sniper taking a shot at a target behind glass has a very low probability of success. This was one of the reasons why the Sydney gunman was not shot through the glass storefront. – Source

25 Kickass and Bizarre Units of Measurement