This list includes only unique or extremely rare circumstances of death recorded throughout history, noted as being unusual by multiple sources.

1-5 People Who Died Under Unusual Circumstances 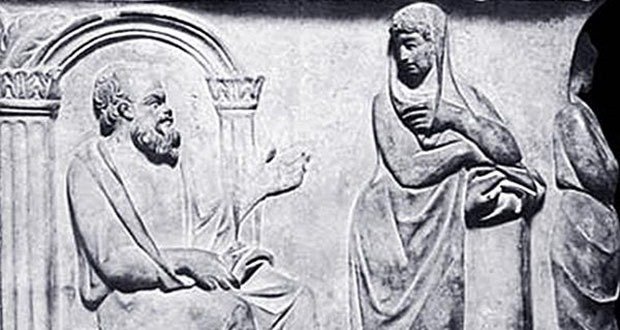 1. 620 BC: Draco, Athenian law-maker, was smothered to death by gifts of cloaks and hats showered upon him by appreciative citizens at a theatre on Aegina. – Source

2. 564 BC: Arrhichion of Phigalia, Greek pankratiast, caused his own death during the Olympic finals. Held by his unidentified opponent in a stranglehold and unable to free himself, Arrichion’s trainer shouted, “What a fine funeral if you do not submit at Olympia!” Arrichion then kicked his opponent with his right foot while casting his body to the left, causing his opponent so much pain that he made the sign of defeat to the umpires, while at the same time breaking Arrichion’s own neck as the other fighter still had him in a stranglehold. Since the opponent had conceded defeat, Arrichion was proclaimed victor posthumously. – Source

3. 475 BC: Heraclitus, the Greek philosopher, in one account given by Diogenes, is said to have been devoured by dogs after smearing himself with cow manure to cure his edema. – Source

4. 455 BC: Aeschylus, the great Athenian author of tragedies. Valerius Maximus wrote that he was killed by a tortoise dropped by an eagle that had mistaken his bald head for a rock suitable for shattering the shell of the reptile. Pliny, in his Naturalis Historiæ, adds that Aeschylus had been staying outdoors to avert a prophecy that he would be killed by a falling object. – Source

5. 288 BC: Agathocles was murdered by a poisoned toothpick. – Source

6-10 People Who Died Under Unusual Circumstances 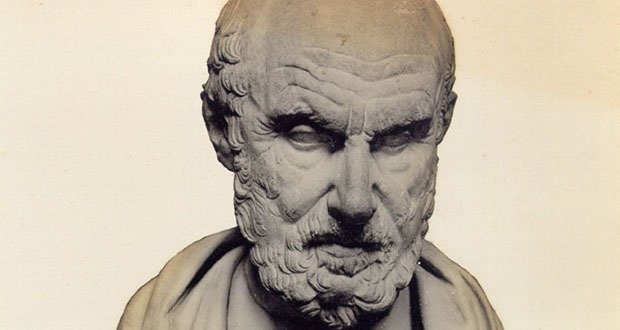 6. 206 BC: One ancient account of the death of Chrysippus, the 3rd century BC Greek Stoic philosopher, tells that he died of laughter after he saw a donkey eating his figs; he told a slave to give the donkey neat wine to drink to wash them down with, and then, “…having laughed too much, he died”. – Source

7. 270 BC: Philitas of Cos, Greek intellectual, is said by Athenaeus to have studied arguments and erroneous word usage so intensely that he wasted away and starved to death. British classicist Alan Cameron speculates that Philitas died from a wasting disease which his contemporaries joked was caused by his pedantry. – Source

8. 210 BC: Qin Shi Huang, the first Emperor of China, whose artifacts and treasures include the famous Terracotta Army, died after ingesting several pills of mercury in the belief that it would grant him eternal life. – Source

9. 258 AD: The deacon Saint Lawrence was roasted alive on a giant grill during the persecution of Valerian. Prudentius tells that he joked with his tormentors, “Turn me over—I’m done on this side”. He is now the patron saint of cooks, comedians, and firefighters. – Source

10. 1063: Béla I of Hungary, when the Holy Roman Empire decided to launch a military expedition against Hungary to restore young Solomon to the throne, was seriously injured when “his throne broke beneath him” in his manor at Dömös. The King who was “half-dead”, according to the Illuminated Chronicle was taken to the western borders of his kingdom, where he died at the creek Kinizsa on 11 September 1063. – Source

11-15 People Who Died Under Unusual Circumstances 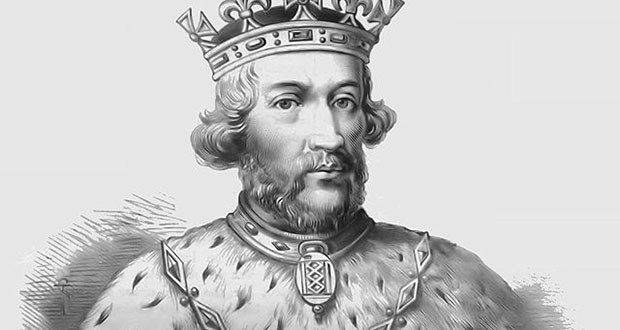 11. 1327: Edward II of England, after being deposed and imprisoned by his wife Isabella and her lover Roger Mortimer, was rumored to have been murdered by having a horn pushed into his anus through which a red-hot iron was inserted, burning out his internal organs without marking his body. However, there is no real academic consensus on the manner of Edward II’s death and it has been plausibly argued that the story is propaganda. – Source

12. 1346: John of Bohemia, after being blind for 10 years, died in the Battle of Crecy when he foolishly tied his army’s Horse reins to his own and charged. He was slaughtered. – Source

13. 1387: Charles II of Navarre, known as “Charles the Bad.” The contemporary chronicler Froissart relates that the king, suffering from illness in old age, was ordered by his physician to be tightly sewn into a linen sheet soaked in distilled spirits. The highly flammable sheet accidentally caught fire and Charles later died of his injuries. Froissart considered the horrific death to be God’s judgment upon the king. – Source

14. 1567: Hans Steininger, the burgomaster(principal magistrate, comparable to a mayor) of Braunau (then Bavaria, now Austria), died when he broke his neck by tripping over his own beard. The beard, which was 4.5 feet (1.4 m) long at the time, was usually kept rolled up in a leather pouch. – Source

15. 1660: Thomas Urquhart, the Scottish aristocrat, polymath and first translator of François Rabelais’s writings into English, is said to have died laughing upon hearing that Charles II had taken the throne. – Source

16-20 People Who Died Under Unusual Circumstances 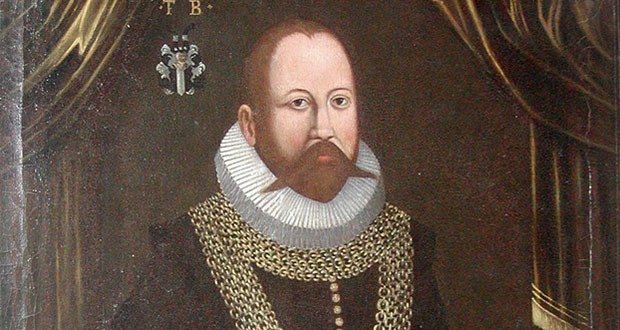 16. 1601: Tycho Brahe contracted a bladder or kidney ailment after attending a banquet in Prague, and died eleven days later. According to Kepler;s first-hand account, Brahe had refused to leave the banquet to relieve himself because it would have been a breach of etiquette. After he had returned home he was no longer able to urinate, except eventually in very small quantities and with excruciating pain. – Source

17. 1667: James Betts died from asphyxiation after being sealed in a cupboard by Elizabeth Spencer, at Corpus Christi College, Cambridge in an attempt to hide him from her father, John Spencer. – Source

19. 1871: Clement Vallandigham, a lawyer and Ohio, U.S., politician defending a man on a charge of murder, accidentally shot himself demonstrating how the victim might have shot himself while in the process of drawing a weapon when standing from a kneeling position. Though the defendant, Thomas McGehan, was ultimately cleared, Vallandigham died from his wound. – Source

20. 1919: The Great Molasses Flood, also known as the Boston Molasses Disaster or the Great Boston Molasses Flood, occurred in the North End neighborhood of Boston, Massachusetts when a large molasses storage tank burst, and a wave of molasses rushed through the streets at an estimated 35 mph (56 km/h), killing 21 and injuring 150. The event has entered local folklore, and for decades afterward residents claimed that on hot summer days the area still smelled of molasses. – Source

21-25 People Who Died Under Unusual Circumstances 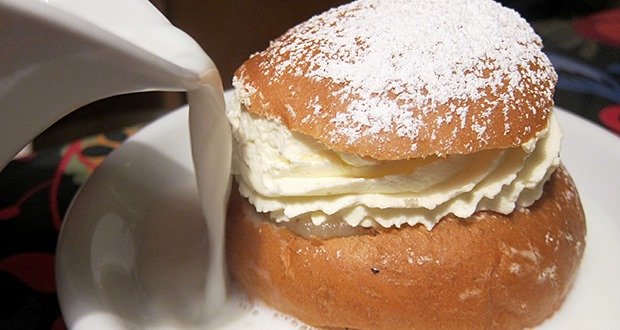 21. 1771: Adolf Frederick, King of Sweden, died of digestion problems on 12 February 1771 after having consumed a meal of lobster, caviar, sauerkraut, smoked herring and champagne, topped off with 14 servings of his favourite dessert: semla served in a bowl of hot milk, called “hetvägg”. He is thus remembered by Swedish schoolchildren as “the king who ate himself to death.” – Source

22. 1923: George Herbert, 5th Earl of Carnarvon, died aged 56 after a mosquito bite on his face, which he cut while shaving, became seriously infected with erysipelas, leading to blood poisoning and eventually pneumonia. Some have alleged his death is attributable to the so-called curse of the pharaohs. He is best known as the financial backer of the search for and the excavation of Tutankhamun’s tomb in the Valley of the Kings. – Source

23. 1926: Phillip McClean, 16, from Queensland, Australia, became the only person documented to have been killed by a cassowary (a flightless birds). After encountering the bird on their family property near Mossman in April, McClean and his brother decided to kill it with clubs. When McClean struck the bird, it knocked him down, then kicked him in the neck, opening a 1.25 cm (0.5 in) long cut in one of his main blood vessels. Though the boy managed to get back on his feet and run away, he collapsed a short while later and died from the hemorrhage. – Source

24. 1926: Harry Houdini, the famous American escape artist, was punched in the stomach by an amateur boxer. Though Houdini had performed this stunt before, he was not prepared for the punch, and complications from this injury may have caused him to die days later, on 31 October 1926. It was later determined that Houdini died of a ruptured appendix, though it is contested as to whether or not the punches actually caused the appendicitis. – Source

25. 1927: Isadora Duncan, dancer, died of a broken neck when her long scarf caught on the wheel of a car in which she was a passenger. – Source