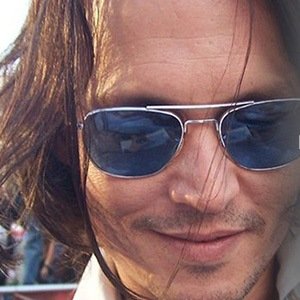 2. Nuclear power prevented an average of over 1.8 million deaths between 1971-2009 as a result of lower air pollution from reduced coal usage according to NASA – Source

3. In 1953, the City of Niagara Falls bought a plot of land called “Love Canal” for $1 from a chemical company that had used the area as a dump. Despite warnings from the company, a school was built on the land. From 1974–1978, 56% of children in the area were born with birth defects. – Source

4. Japan imports rice from the U.S. in order to comply with World Trade Organization rules, but little of it is eaten by the Japanese. Instead it is given to North Korea as food aid, fed to pigs or left to rot in warehouses. – Source

5. In New York, a woman saved a little boy’s life giving him CPR after being hit in the chest with a baseball bat. About 7 Years later, in 2006 that very same boy saved her from choking to death giving her the heimlich maneuver in a restaurant that he worked. – Source 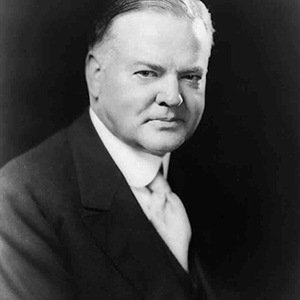 6. Herbert Hoover and his wife learned Mandarin when living in China during the Boxer Rebellion, and used to speak it in the White House to foil eavesdroppers. – Source

7. In 2010, a would-be suicide bomber in Russia was killed after a spam text message set off his explosives. – Source

8. Home video copies of Gremlins 2 had a scene that simulates the Gremlins interfering with the VHS itself. The scene was taken out and replaced because customers kept thinking it was real. – Source 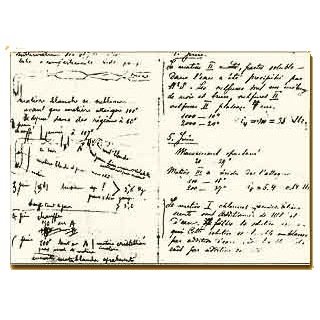 11. Marie Curie’s research papers are still highly radioactive and to access them you must sign a waiver and wear protective clothing. – Source

12. There is a video game, called “Lose/Lose” that deletes a random file on your computer every time you kill an enemy. – Source

13. Al Gore’s father once proposed, in Congress, “something cataclysmic” be done to end the Korean War. His suggestion involved creating a radiation belt on the 38th parallel using atomic bombs to turn the border of North and South Korea into a permanent toxic wasteland. – Source

14. Paul McCartney dreamed the melody of “Yesterday” one night and immediately wrote the music the next morning. He then looked around for a month to find out whether he subconsciously plagiarized it from someone else. – Source

15. In 1993, a Scotsman was asked to confirm to the court that he was the person summoned. He replied “aye”, but was then told he had to answer yes or no. He replied “aye” again and was imprisoned for 90 minutes for contempt of court. On his release he said “I genuinely thought I was answering him”. – Source 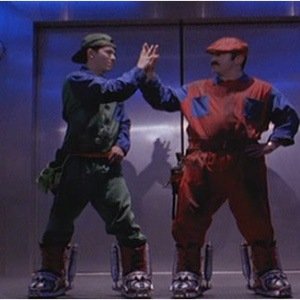 16. During filming of the Super Mario Bros. movie in 1992 Bob Hoskins and John Leguizamo were so frustrated with the film’s lack of direction that they swilled scotch in between takes, leading to an on-set accident in which Leguizamo drunkenly crashed a truck and Hoskins broke his hand. – Source

17. While working for Sports Illustrated, Kurt Vonnegut (known for books such as Cat’s Cradle, Slaughterhouse-Five, and Breakfast of Champions) was assigned to write a piece about a race horse jumping over a fence and attempting to escape. He stared at a blank piece of paper all morning then wrote, “The horse jumped over the f**king fence,” and then left. – Source

18. ESPN accounts for more than Half of Disney’s total operating income. – Source

20. Actor Benedict Cumberbatch was kidnapped and held at gunpoint before being released in the middle of South Africa with no explanation from his captors – Source

21. The Big Lebowski inspired a religion known as Dudeism. A person can be ordained as a Dudeist Priest (for free) and legally preside over a wedding. – Source

22. In 1953, after co-discovering the structure for DNA, Francis Crick stormed into The Eagle pub, interrupting people’s lunch, to announce that they have “discovered the secret of life.” The pub serves ‘Eagle’s DNA’ beer to this day. – Source

23. People, especially the youth, have been perceived by older generations as “ruining” the English language for centuries. – Source

25. In 1961, the Italian artist Piero Manzoni filled 90 tin cans with his feces, labeled it “Artist’s sh*t” and sold them according to their equivalent weight in gold. Many of the cans have since exploded due to decomposition producing gas inside the sealed tins. Apparently this makes the price of the remaining cans go up because they are rarer, so it’s worth way more than its weight in gold now, each containing 30g of poop worth 100k € today – Source

Our Planet-Top to Bottom (Infographics)