Here are 25 Simple Facts that will Mess Your Mind.

1-5 Simple Facts to Mess Your Mind 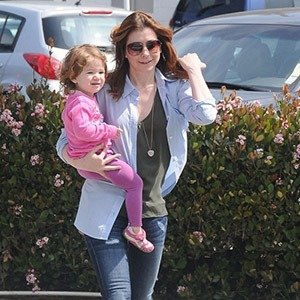 1. At some point, your parents put you down and never picked you up again.

2. You are to yourself what your thoughts are and you are to others what your actions are.

3. If you don’t have children, you’d be the first person in your direct ancestry to do so.

4. The farther away you look, the further back in time you see. This is because even though light travels insanely fast, it does not instantly. Now, if you look at the sun, you don’t actually see the real sun. You see the light that the sun has emitted about 8 minutes ago. So even if the sun would now just vanish you would still see it for eight more minutes, because the light needs to travel the whole distance from the sun to earth.

5. Given enough time, hydrogen starts to wonder where it came from, and where it is going. You are part of a universe that has sentience and consciousness. Your atomic particles are arranged in a way that breathes life. Stars died so we could live. We sit here and ponder about the likelihood of other intelligent life out there (which is very probable), and what we are doing here.

6-10 Simple Facts to Mess Your Mind 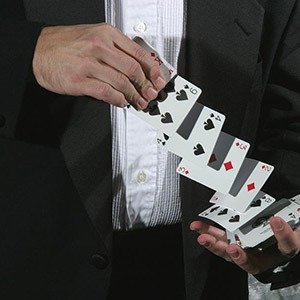 6. If you shuffle a deck of cards, chances are you will have created a combination that has never previously been made.

7. You pass your death anniversary every year.

8. There are an infinite amount of numbers between 0 and 1. – Source

10. Mars is the only known planet in our solar system solely inhabited by functioning robots. 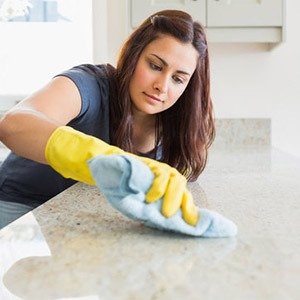 11. You can’t clean. You can only make something else dirty.

12. The word “crisp” starts at the back your mouth and ends at the front.

13. You can make a human being, a real living person, completely by accident.

14. There’s no reason for the alphabet to be in that order.

15. The human brain is one of the most complex things known to man, according to the human brain. Also, the brain doesn’t really understand how the brain works. 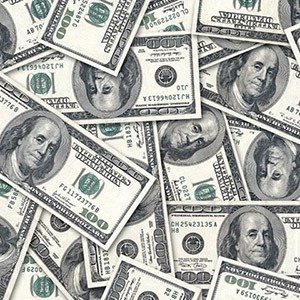 17. The oldest person in the world was born with a completely different set of humans.

18. Close both eyes and you see black; close one eye and it sees nothing. Darkness is the absence of light but being blind means your light receptors are broken, so it’s not like seeing pure black, it’s more like trying to see out of your elbow. You simply don’t have the sense of sight to do that.

19. You can constantly see your nose, your brain just filters it out.

20. Your age is the number of times you have orbited around the sun 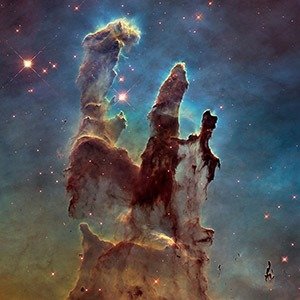 21. The Pillars of Creation, which Hubble telescope first photographed in 1995, hasn’t existed for nearly 6,000 years. This is because right now we can see a cloud of dust expanding towards it. At the rate it is happening, it would have been destroyed about 6000 years ago. Since they are 7000 light years away, we won’t see it getting destroyed for another 1000 years.

22. Your heart hasn’t had a vacation, day off, even a 10-minute coffee break since you were in an embryo. It works day and night, night and day, 24×7.

23. The highest recorded temperature in the known universe is about 5.5 trillion Kelvin. It was measured in an LHC experiment. We, humans, living on an insignificant speck of the universe, have somehow managed to beat every known physical phenomenon ever in a display of raw power. The coldest temperature in the known universe was also achieved here on Earth. Magnets were used to bring the temperature to mere billionths of a Kelvin to power the LHC (Large Hadron Collider at CERN).

24. Thinking about what was there before the Big Bang makes no sense because the very concepts of “what” and “before” (i.e. space and time) began at that point. However, it may be reasonable to say that something might have existed. But since it is outside our space-time it has no meaning to us. Also, there is no edge to the universe and no border because there is nothing outside of it. Yet, it started small and is expanding.

25. The earth is rotating. The earth is also revolving. The sun itself is revolving around the galaxy. The galaxy is pushing through the universe. The universe itself is expanding. Stick out your finger. Now imagine time is paused, and imagine a red dot was created at the tip of your finger, marking that “precise” point in the universe. (Yes, I know, it’s not really possible for a spot in space to be “precise.” Just use your imagination). Unpause time. Pause it again one second later. That point in space is thousands of miles away now, and you’ll never pass through it again.