Here are 25 Ugly Facts About Famous and Well-Liked People of History. 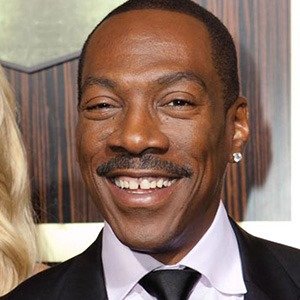 1. Eddie Murphy got Scary Spice (Mel B) pregnant and refused to believe it was his. Then he took a blood test which proved he Was the father after all and he still wants nothing to do with the kid. In total, he has 8 kids with 4 different women. – Source

2. Matthew Broderick killed two people in a car accident. Broderick spent a month in the hospital but because of memory loss, he was unable to explain what happened. It was determined that the actor wasn’t drunk at the time of the accident, and he was charged with causing death by dangerous driving, although he was eventually convicted only of careless driving, escaping with a $175 fine. – Source

3. Mother Theresa wasn’t as saintly as she is made out to be. Her house of the dying “hospices” saw a much lower standard of care than many people who donated had thought and were poor hospices by the standards of developed nations. Hospices have people who are medically trained and try to minimize suffering. Her “hospices” had untrained nuns making medically bad decisions that assumed most people were terminal. The nuns were not medically competent, many practices were in place that led to a lot of unnecessary suffering. For example all she had to do was to allow her nuns to boil needles and it would be a lot safer and more sanitary yet she didn’t allow it. Also, she said “the most beautiful gift for a person that he can participate in the sufferings of Christ.” – Source

4. Mark Wahlberg only served 45 days in jail for an unprovoked, racially motivated attack in 1988 that left one of two victims blind. He was initially charged with attempted murder. – Source

5. John Lennon was essentially a bad father to his first son, Julian Lennon, saying that he had “come out of whiskey bottle on a Saturday night.” It is also known that he was physically abusive with women, including Yoko. Paul McCartney wrote “Hey Jude” for Julian when his father, John, left his mother for Yoko Ono. – Source 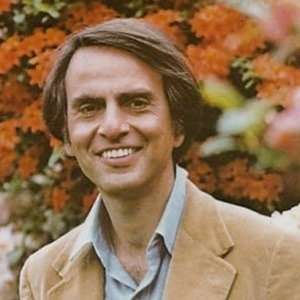 6. Carl Sagan was not a great father to one of his kids. One of his sons talks about how absent a father he was. This comes from reading “Carl Sagan: A Life” by Keay Davidson. Also according to the book, Sagan was a disloyal friend, a cynical careerist, a security risk, an abusive husband, a scientist who eschewed experiment, an educator who avoided students, a goofy pothead. – Source

7. There is a good chance that Martin Luther King plagiarized a good part of his thesis. Boston University, where King received his Ph.D. in systematic theology, conducted an investigation that found he plagiarized major portions of his doctoral thesis from various other authors who wrote about the topic. He also cheated on his wife and was known to be a pretty intense womanizer. – Source

8. Tim Allen was caught smuggling a good quantity of cocaine onto a commercial airplane in the 1970’s and he ratted out his partner to avoid jail time. – Source

9. When the Supreme Court during Franklin D. Roosevelt’s presidency consistently ruled portions of the New Deal unconstitutional, he threatened to pack the court by expanding its size. Essentially, since the Constitution doesn’t enumerate the size of the court, FDR felt he could simply add members to the court that were amenable to his policy. It makes the executive over-reach of George W. Bush look like amateur hour since it directly threatened to snuff out the independence of our highest court. But it is often glossed over in an attempt to lionize FDR. – Source

10. Charles Dickens separated from his wife after 22 years of marriage after he fell in love with an 18-year-old actress, then went on to have a letter published in numerous newspapers in which he accused his wife of being responsible for the separation, and calling her stupid, morbidly depressed and a bad mother. – Source 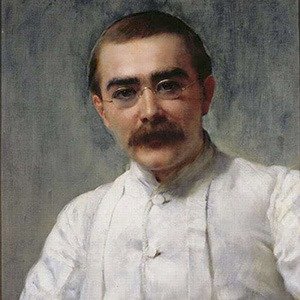 11. Rudyard Kipling donated £30,000 to the UVF (Ulster Volunteer Force), the militant wing of those who did not want to see Irish Independence. Backing the militants instead of the actual legitimate party brought the gun into Irish politics and led to an end of constitutional parties making critical decisions over the future of Ireland, leaving it to radicals on either side to battle it out. – Source

12. Gandhi admitted in his autobiography to hitting his wife when he was young, and indulging in carnal pleasures out of lust, jealousy and possessiveness, not genuine love. He slept with 2 naked 18-year-old girls at night to test his willpower, when he was old. He, holding fast to his principles, refused to let the people in his area inoculate their children against small pox, due to the role cattle played in creating the vaccine. Many children died. Gandhi refused to let doctors administer penicillin to his wife, which led to her death, yet accepted quinine to save his life. – Source

13. In 1988, while married to Madonna, Sean Penn flew into a rage over Madonna’s supposed affair with Warren Beatty. He tied her to a chair, and assaulted her for hours, both physically and emotionally. – Source

14. Christopher Columbus was somehow able to convince himself and everyone else that he discovered America, despite there being a clear and conspicuous indigenous population living on American soil when he arrived. In reality, he was a slave trader and a dictator of sorts. At one point, he kidnapped 25 of the island people and to “introduce them to Christianity,” a promise which–shocker–he never followed through with. Instead, he just let 18 people die on the journey home. He is also said to have been the one who brought Syphilis back to Europe and allowed its quick and rapid spread.

15. Physiologist Ivan Pavlov, wasn’t the friendly, bell-ringing dog-lover we all think he was. He surgically implanted spigots in the dog’s jaws to measure their saliva and fed them under very restrictive conditions (strapping them down, etc.). Then he did the same thing on human children. Believed to be street urchins, these children had spigots surgically added to their cheeks and were strapped down with a chute leading directly to their mouth. Pavlov would ring a bell and drop a cookie/biscuit down the chute into the child’s mouth. There’s film footage of these experiments on children. – Source 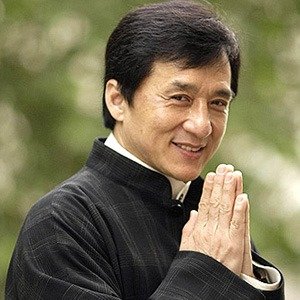 16. Jackie Chan cheated on his wife and got another woman pregnant. – Source

17. In 1969, Massachusetts Senator Ted Kennedy drove a car with a passenger off of a bridge into a channel, got out and left the scene and went back to his hotel room. He fell asleep, was awoken by a party somewhere in the building, complained to the hotel manager, and didn’t report the accident for 9 hours. The passenger drowned. He got a 2 month sentence and even that was suspended. – Source

18. Dr. Seuss had an affair while his wife suffered from cancer and depression. She killed herself and he married his mistress a few months later. – Source

19. Lyndon Johnson, former US president, nicknamed his penis “Jumbo” and was known to display it in public. One of the things he’d do was use the urinal, and if another guy walked into the bathroom, he would turn around and shake his penis at them, asking “Have you ever seen anything as big as this?” Here’s an actual recording of Lyndon Johnson ordering pants while President of the United States, giving explicit details of how he needs his pants to accommodate his nuts and bunghole better (his words).

20. Vincent Van Gogh didn’t give his cut off ear to his girlfriend, he gave it to a prostitute who he became infatuated with after being a customer for a very long time. – Source 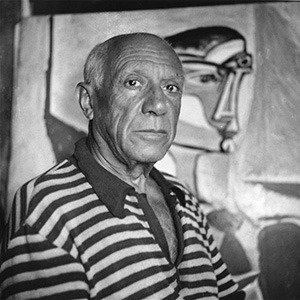 21. Pablo Picasso had several mistresses, one of which killed herself, two of which became emotionally traumatized/insane and he was horrid to his wife. – Source

22. Thomas Edison invented very few of the things people think he did. He had a small team of people he would pay next to nothing to come up with ideas which he would then patent and take credit for. Thomas Edison killed an elephant called Topsy. Topsy was going to be executed for killing three men (one of which abused her), so Edison volunteered to do it, using an AC current which he was trying to defame as dangerous. An AC electrical system was being developed by George Westinghouse, one of Edison’s rivals. – Source

23. President of the United States Grover Cleveland sexually assaulted a girl, threatened her if she went to the authorities, then had her publicly shamed when she had his baby. He also married the young, rich heiress of a trust that he just happened to be the trustee of, and whose upbringing he had helped oversee. – Source

24. Beethoven had a terrible relationship with his sister in law, calling her “The Queen of the Night” and spent 10 years of his life trying to take her son Karl away from her. Eventually he was able to tarnish her reputation to the point where he got custody of Karl, and was a terrible and abusive father to the kid. Karl had to wear a truss for a testicular hernia and Beethoven would pull him by it when he was mad. – Source

25. Rock-n-roll pioneer Chuck Berry hid cameras in bathrooms in a restaurant he owned to film women going to the bathroom. – Source