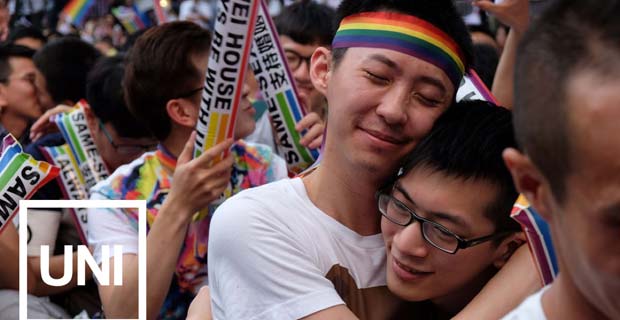 2. House votes to end jail time for being too poor to pay fines. – Source

4. Florence sings ‘Dog Days’ for a Sick Girl in the hospital. – Source

6. The taxi driver who learned to read and write at 53 celebrates with family. – Source

9. Woman’s cat that detects her seizures found one week after going missing in Virginia Beach. – Source

10. 20-year-old Roseville man sees smoke and flames, takes initiative to put out church fire almost single-handedly. This is my nephew and I’m proud of the man he’s become. – Source

11. Muslim man and elderly Jewish woman travel together to pray in Manchester. – Source

14. Mom who attended every class with quadriplegic son earns honorary MBA alongside him. – Source

15. A Philadelphia man who has been exonerated and freed from prison 24 years after he was found guilty of a murder he did not commit-insists he holds no grudges over his conviction, “I don’t get no animosity towards nobody. What for?” said M. Thomas.Life’s too short for that. I just move on forward”. – Source

May 29, 2017
Latest Posts
Subscribe to Blog via Email
Did you know?
Loading...
Facts of the Day
Registration is disabled.