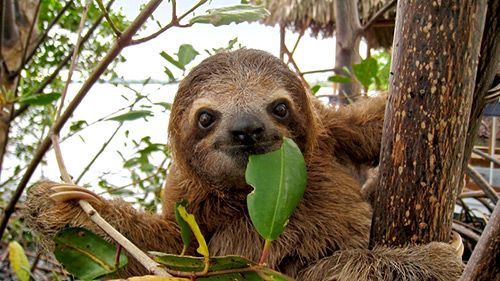 16. Sloths’ digestive system is so slow, it takes 30 days to digest one leaf. – Source

17. A few million years ago, there were aquatic sloths. Ancient ground sloths evolved denser bones, allowing them to dive into the water for seagrass. – Source

18. The Lestodon is an extinct species of ground Sloth which grew to 4.6m (15ft) and could walk on two feet. – Source

19. A recent study shows that some species of fungi found in sloth fur could eventually be a potent force against certain parasites, cancers, and bacteria. – Source

20. Thomas Jefferson was an avid Paleontologist and helped find the bones of the first ground sloth, Megalonyx, North America. – Source 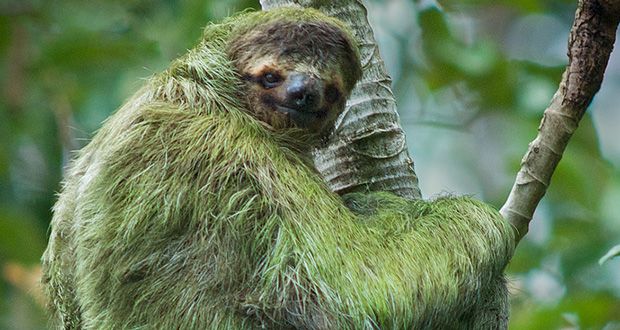 21. Sloths go moldy in the rainy season as a form of camouflage. – Source

22. Sloths are closely related to armadillos and anteaters. – Source

23. Sloths have nipples in their armpits. – Source

26. An elephant-sized sloth existed and went extinct only 10,000 years ago. It was one of the largest land mammals, measuring up to 6m (20ft) and weighing 4 tons. – Source

27. In the 1890s, Florentino Ameghino, a paleontologist in Argentina, discovered evidence of cohabitation between humans and Megatherium (the giant ground sloth). – Source

28. Avocados are optimally adapted to be eaten and digested by an animal far larger than any alive today in the Americas. It is theorized that they originally evolved their current form to allow their seeds to be spread by animals like the extinct giant ground sloth. – Source