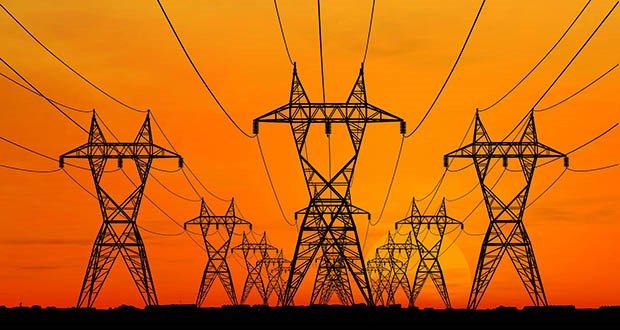 The largest machine in the world is the power grid. 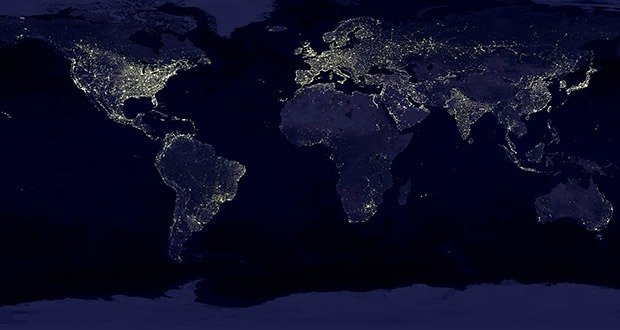 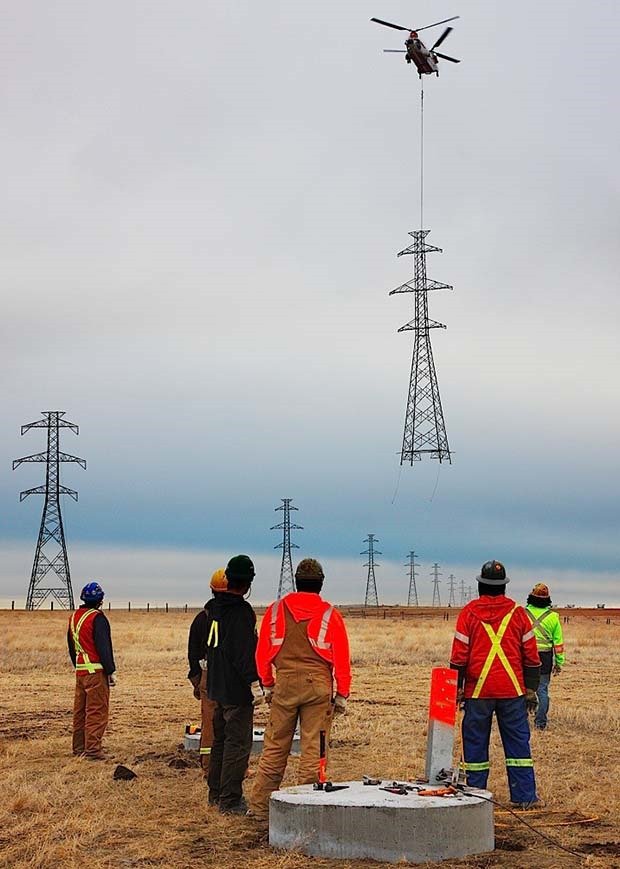 These helicopters fly around with huge saws to trim trees 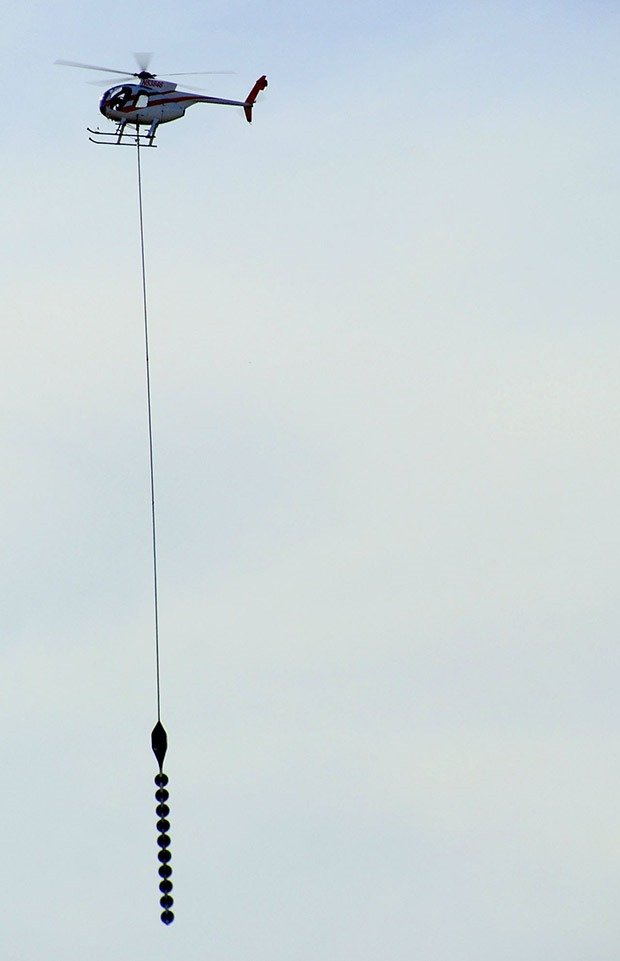 Power lines are maintained by helicopter, it’s faster and safer that way 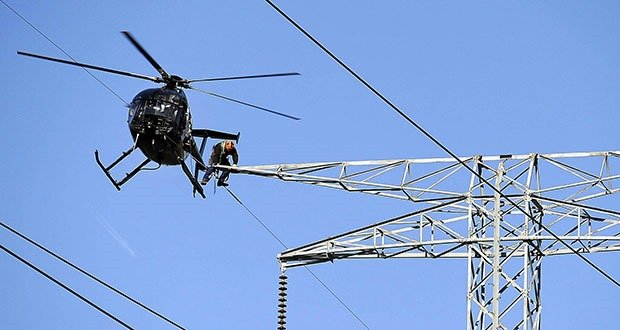 Millions of people work to keep the machine running 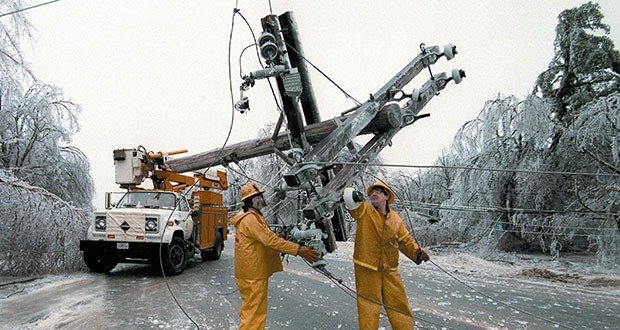 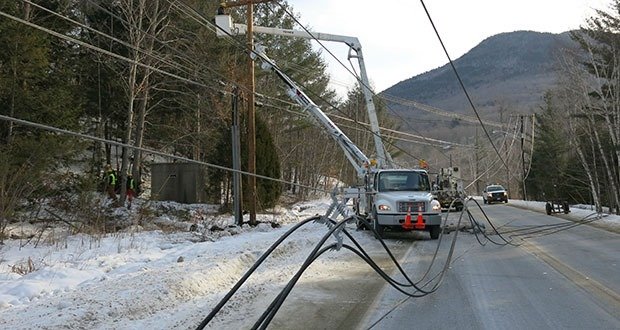 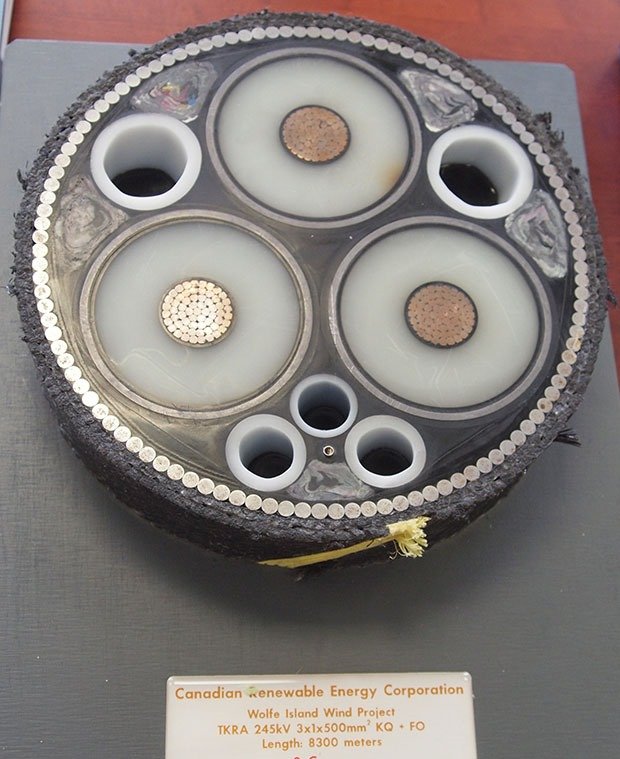 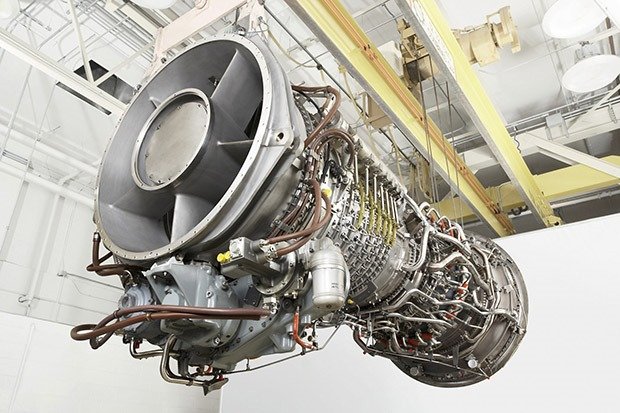 Many turbo-shaft engines used in smaller peaking power plants are derived from turbo-fan engines used in jet aircraft, instead of the output shaft spinning a large fan the shaft is connected generator. 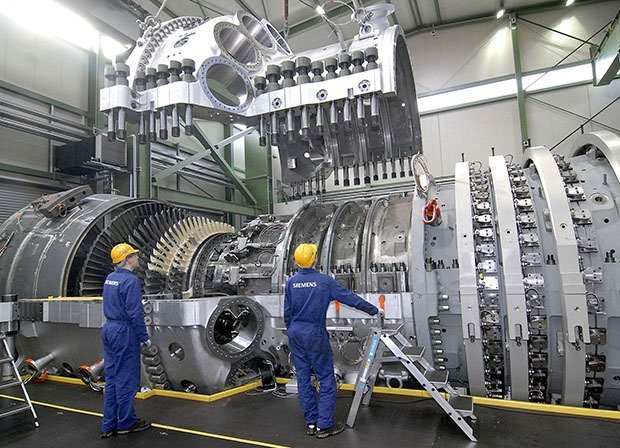 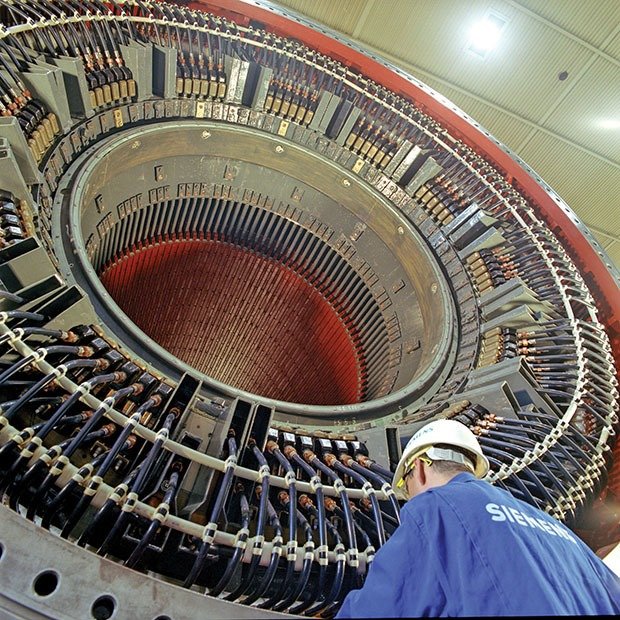 While highly efficient electrical generators produce enormous amounts of heat, instead of being wound using turns of solid wire larger generators are wound using thousands of hollow copper pipes so water can flow though the conductors to remove heat produced in generating electricity. 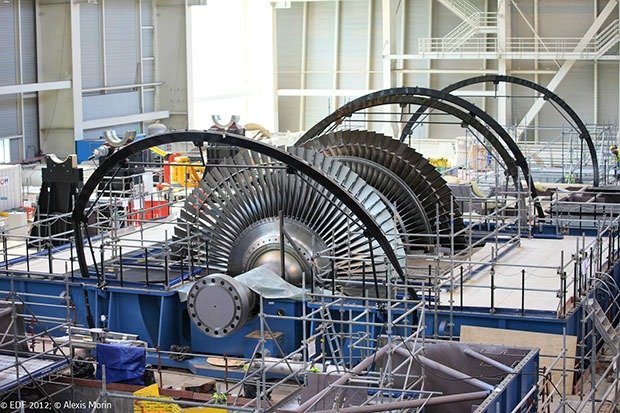 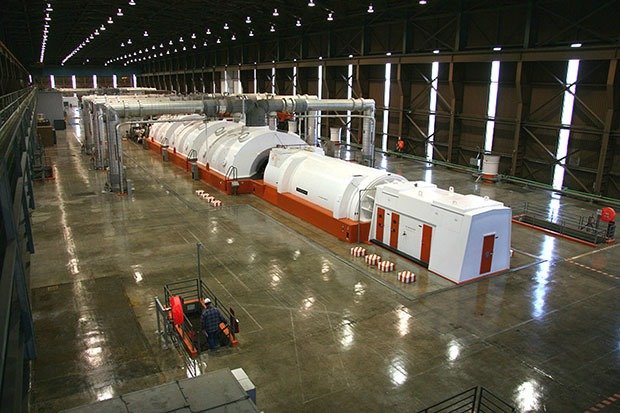 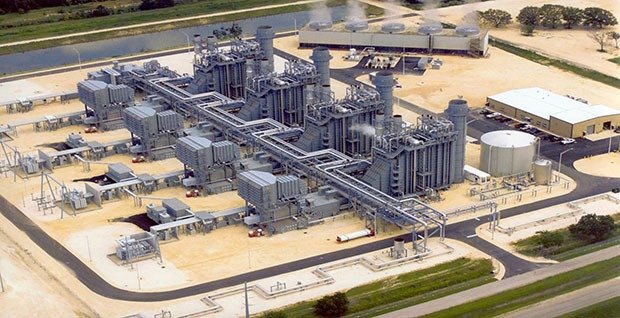 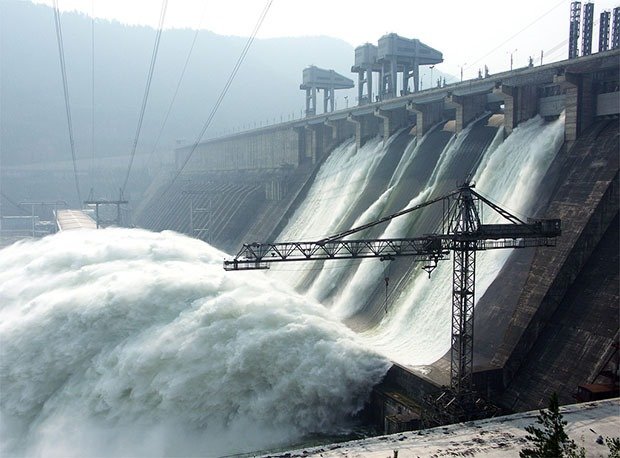 The largest rivers in the world have been impounded behind walls to harness their power. 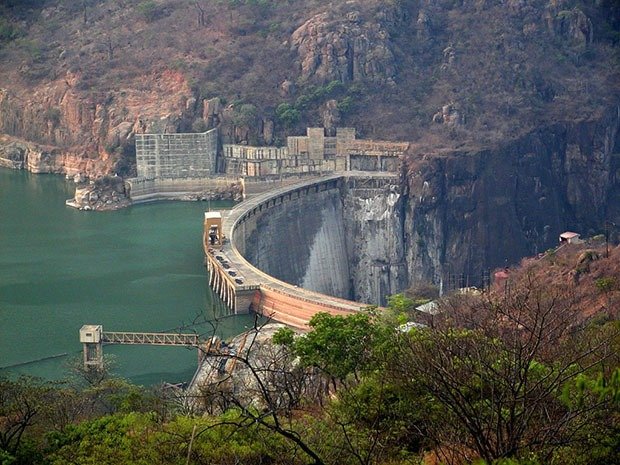 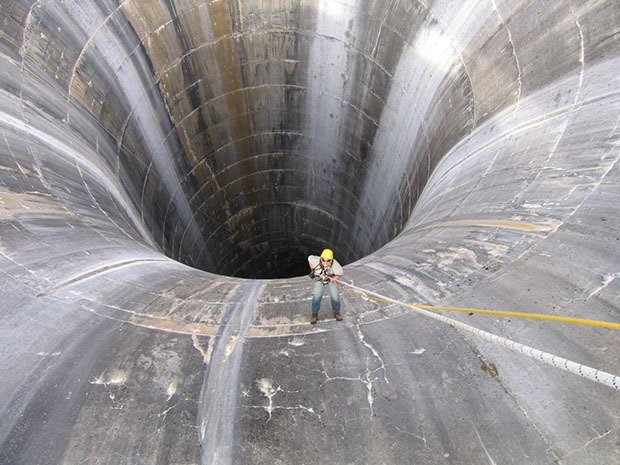