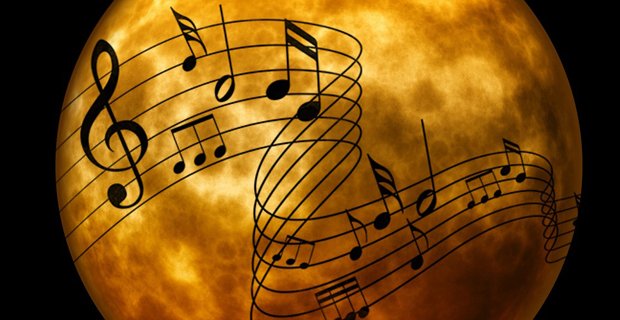 2. The “Can-Can” song was originally composed for an opera as a soundtrack to a man descending into hell. – Source

3. During Wagner’s lifetime, there was a widespread misconception that Wagner did not like applause at his operas. Frustrated by the lack of applause, Wagner himself cried “Bravo!” at the end of the second act of one of his operas, only to be hissed by other members of the audience. – Source

4. One of the reasons opera singers don’t need microphones and can be heard over musical accompaniment is because they sing at a different sound frequency to the orchestra. – Source

5. Christopher Lee speaks 9 languages, was in the British army during WWII, then took part in the Nazis war criminals hunt and sung for operas and metal bands in addition to playing the bad guy in dozens of movies including Lord of the Ring and Star Wars. – Source

6. Mike Rowe was an opera singer. “I joined the opera to get my union card and meet girls.” – Source

7. Two conductors have died while conducting the second act of Wagner’s opera ‘Tristan und Isolde’. They collapsed from heart attacks at exactly the same point in the music due to its technical demands. – Source

8. An increasingly common method for Brain Surgeons to ensure that a semi-conscious patient is ok during surgery is to have them play a musical instrument or sing during the procedure. Various patients sung opera and even have played saxophone, guitar, banjo, violin while under the knife. – Source

10. The march ‘Here Comes the Bride’ is from an opera where the marriage is almost an immediate failure, and the piece is sung just before several wedding guests are murdered. – Source

11. Singer Enrico Caruso’s voice was unique & versatile. During an opera, the basso who was to sing, whispered ‘I’ve lost my voice’. Caruso replied, ‘Move your lips & I’ll sing for you’. With back turned to the audience, Caruso sang for him. The audience cheered, not knowing Caruso sang it. – Source

12. After a terrible performance at the White House from an Opera singer, President Coolidge was asked: “What do you think of the singer’s execution?” – Coolidge replied: “I am all for it”. – Source

14. The term “it ain’t over till” the fat lady sings” originally references the conclusion of a lengthy epic four-part opera called Der Ring des Nibelungen; in which, the “fat lady” or Valkyrie Brünnhilde sings for about 20 minutes, signaling the end the nearly 16-hour saga. – Source

15. Exceptionally loud singers like opera singers match the shape of their throat to the shape of the human ear canal. Essentially, they make a sound that “fits” our ears perfectly. This is also called “singer’s formants”. – Source

March 22, 2017
Latest Posts
Subscribe to Blog via Email
Did you know?
Loading...
Facts of the Day
Registration is disabled.