1. In October 2012, Boy Scouts of America was forced to release 20,000 pages of documentation on 1,200 cases of child sex abuse. They had allegedly been helping to cover up about 1/3 of those cases. – Source

2. There is a biker gang from Arizona who help keep child abuse victims safe while the child’s abuser is prosecuted, including guarding their houses at night if a person is not yet in jail and attending court with the child, shielding them so they don’t have to look at their abuser. – Source

3. The ASPCA solved the first child abuse case in America. Animals had more protection than kids; the kid was carried out in an animal container. – Source

4. The CEO of Jack in the Box tried to have a disabled man put in jail for child abuse because he found his appearance “disturbing”. After enduring thirty months in jail (no bail), and a 7.5-month trial, the jury found the “disturbing” looking man not guilty in less than a day. – Source

5. The earliest documented case of child abuse was uncovered in an ancient Egyptian cemetery. – Source

6. Hervé Villechaize, best known as the diminutive Nick Nack in ‘The Man With The Golden Gun’, helped deal with child abuse in the 70s and 80s, going to crime scenes to help comfort victims. He would often confront and chastise spousal and child abusers in person, despite standing only 3’11”. – Source

7. There is a bone disorder in children that causes their bones to be extremely, easily broken, and that parents are going to prison for child abuse because the disorder is very often overlooked or misdiagnosed. – Source

8. There has never been a recorded case of child abuse or abduction by a registered sex offender on Halloween in the US. In fact, most of the released offenders already adhere to the strict parole restrictions in place, leaving the Halloween related hysteria largely unnecessary and overblown. – Source

9. In 1994 and 1995 43 adults were charged with 29,726 counts of child abuse. Accused of being part of a group involved in ritualistic child abuse, 18 went to prison for what were later determined to be false testimony based on recovered memories. It’s called the Wenatchee Witch Hunt. – Source

10. “The Colts” is the family at the center of the worst cases of child abuse in Australia. A commune of 40 people whose genes were traced back to a married brother and sister. – Source 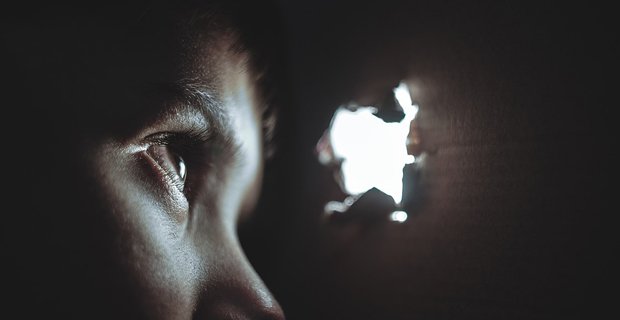 11. Child abuse and stress causes children to age faster at a cellular level and leads to physical and mental health problems even decades later, including an earlier death. – Source

12. The majority of child abuse has a female abuser and the largest demographic of the abuser is a mother. – Source

13. Families in Kinshasa, Congo have accused their children of being “witches” and even believe them to fly at night on their broomsticks. Many of these children end up on the streets and become an urban army of 30,000 runaways and child abuse victims. – Source

14. “Rock and Roll” by Gary Glitter (aka “The Hey Song”) is banned in NFL stadiums due to Glitter being convicted for child sexual abuse. – Source

15. In 1843, as a response to a government report on the abuse of child laborers in mines and factories, Charles Dickens vowed he would strike a “sledge-hammer blow on behalf of the Poor Man’s Child.” That sledgehammer was A Christmas Carol. – Source